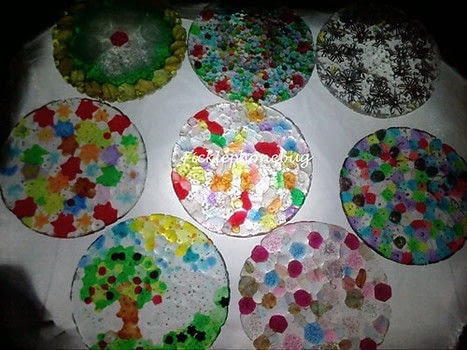 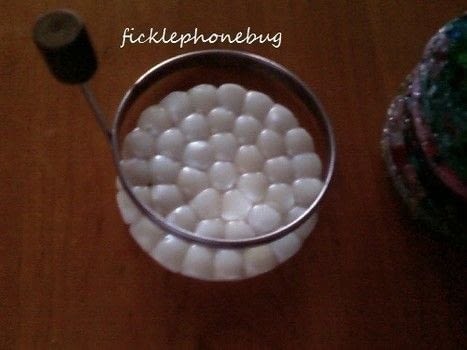 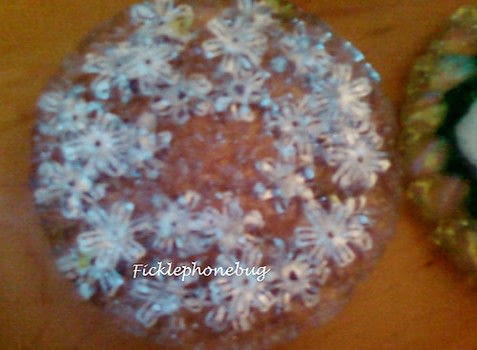 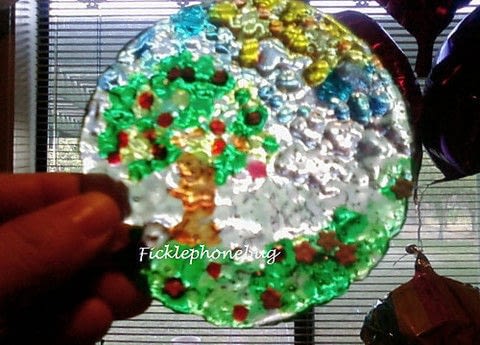 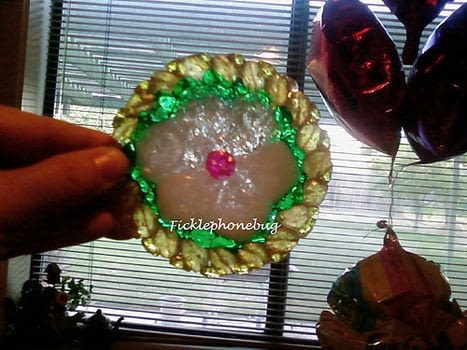 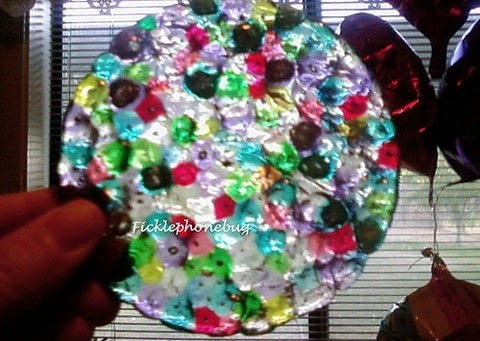 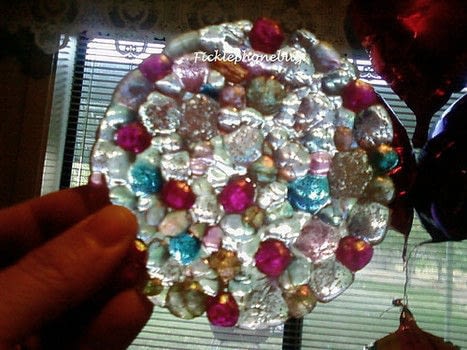 Oven fused bead whorls for hand spinning yarn
I got the idea from Crafters Coast to Coast, it used to be on TV during that brief era of craft shows, the crafter that day was making fused bead lampshades. I had "tubs" of these beads.

Turn on the kitchen fans and open the windows - it's a stinky craft.

I used the inexpensive clear plastic faceted and tri beads that have accumulated from hundreds of craft projects over the years to make some colorful whorls for hand spinning yarn. The clear beads fuse quicker than solid oolored beads.

I fused them in the oven at 350 degrees for 10 minutes, give or take, on a foil lined cookie sheet, and in a foil lined round egg ring I had in the kitchen.

Keep the beads roughly the same size when fusing. The solid colored beads tend to bubble if you bake them for more than 12 minutes.

So, I laid down the colored beads first and then a layer of clear over that, filling the egg ring to the brim. As they melt, they shrink down a bit.

Some came out better than others.

ficklephonebug .. posted this project as a creation without steps 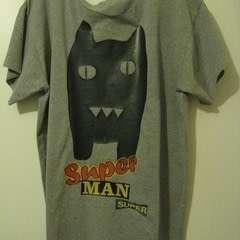 Fusing Plastic Bags On To Fabric Or Knitwear 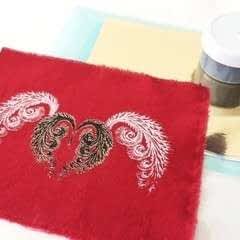 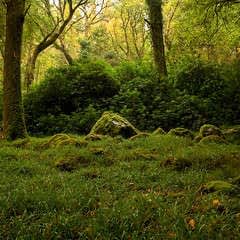 Should Animals Be Used For Research? 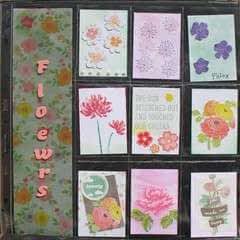 Creating With The We R Memory Keepers Fuse Tool
Made this project? Share your version »

April · Las Vegas, Nevada, US · 10 projects 19th August 2011
Thank you for the links showing those beads. I have/had some of those beads. Gave tons of them away to the my children's preschool. Still a little concerned about the fumes that come off of them but they do look really cool.

Yeah, I made sure to keep the kitchen fans on and open the windows while making these whorls, it's a stinky craft project.
I used so many different plastic beads. They all worked, but I just seemed to have so many little clear plastic faceted beads, and clear tri breads, they came in these huge tubs/buckets in the kids craft section from places like Michaels or Wmart.
Like these:
http://www.joann.com/joann/catalog/productdetail.jsp?pageName=search&flag=true&PRODID=xprd233343

pearls....don't work, at all, nor do the metallic shimmery ones.
Reply

April · Las Vegas, Nevada, US · 10 projects 17th August 2011
I really like those, but I'm not sure which beads you used. Can you post pictures of the beads you used. Were you concerned about the fumes that came off of them. I worry about melting some plastics because of that.
Reply