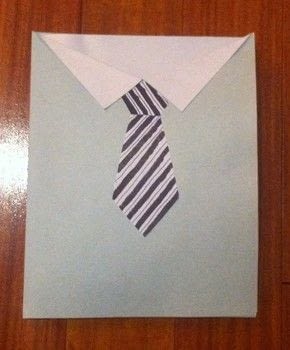 Because everyone needs a last minute card idea for Father's Day.
So of course its the day before father's day and I'm sitting in my room going I have nothing for my dad internet HELP ME PLEASE
And I came across this really simple, easy card.
Mine didn't turn out quite as well as I would have liked it to, just because of the paper I used and the fact that my glue sucks, but it still looks pretty good in my opinion :)