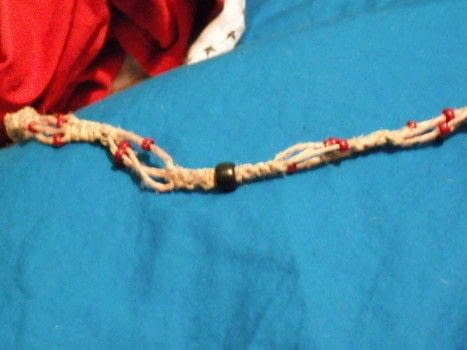 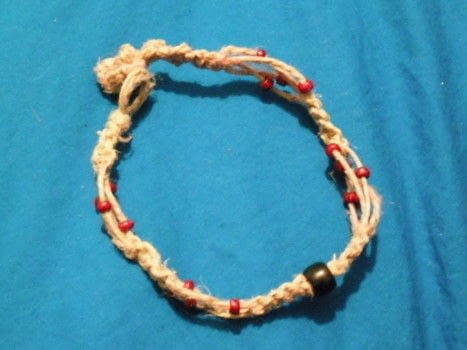 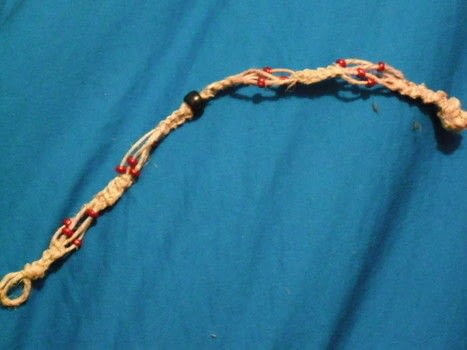 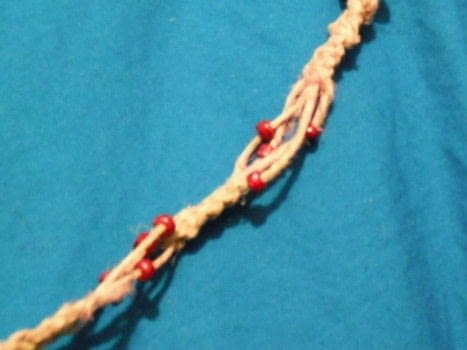 A rockin' piece of jewelery for quirky at heart.
My gift list is getting shorter by the day! This awesome hemp bracelet is for my other friend who isn't a big fan of jewelry, but loves hemp stuff. I tried to go for his favorite colors (navy blue, red, white, and black) but the lady at the bead store said she couldn't cut the red hemp for me because it would mean she'd have to open a new roll.

...how did she cut the other pieces of hemp?

Anyway, I had these little red beads lying around and some black beads. I bought these cute swirly navy blue beads but as I began to square stitch the strings, I realized the navy blue beads were much too girly and saw the tiny red beads fit really well on each strand.

I think it's called a backhand stitch, and that's where I put the beads on. The black bead was just to center it off, and I thought I would add another as the catcher for the loop but it looked so nice by itself.

So this is his Christmas gift, and I hope he enjoys it. All that remains: a wallet for my mother, a purse organizer for my grandmother, and a body pillow case for my brother. As for my father and the woman I babysit for....I haven't got a clue.

Alyssa R. posted this project as a creation without steps 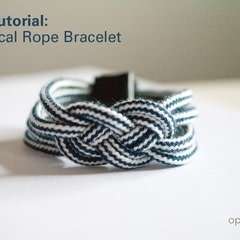 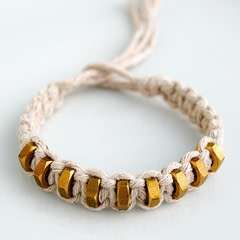 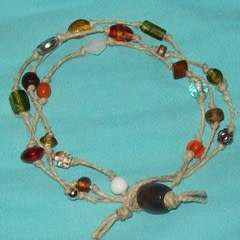 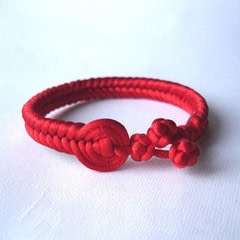 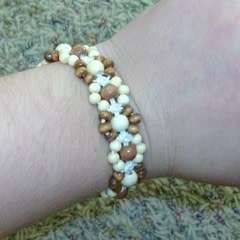 Flower Hemp Bracelet
Made this project? Share your version »