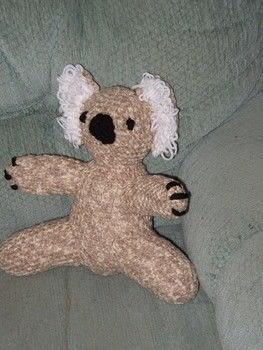 Cute Koala for a friend, that once made couldn't be given away!
It was originally a baby shower project that I kept, since I wasn't able to make it to the shower and I still haven't met the baby (3 years later) So he hangs out with me and the cats.

It's from the learn how to crochet book that you can get at wal-mart,

Probably took a cumulitive time of 3-4 hrs to make, but I did it over a few days in front of the telly around work.

It calls for worsted weight, but I've done it sport weight too, though it was a smaller bear.

Kat K. posted this project as a creation without steps 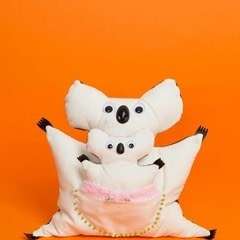 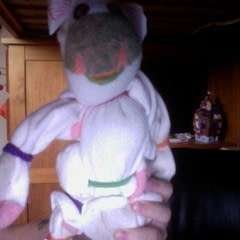