Extract from Photocrafty • By Sue Venables • Published by Punk Publishing 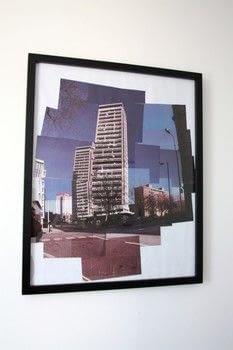 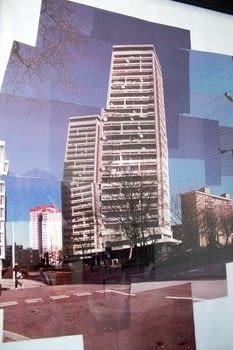 Photocrafty
David Hockney is the Granddaddy of Pop Art, and one of the most infl uential artists of the 20th century; he’s best known for his paintings of Los Angeles swimming pools in the sixties. But you don’t have to be a dab-hand with a paintbrush to complete this project, because Hockney is also pretty nifty with a
camera. He is a huge fan of collages, whether they’re made from different paintings, such as his ‘A Bigger Grand Canyon’ (1998) – a single work constructed from 60 separate canvases – or a single mosaic made from a montage of photographs.

Hockney calls his photo collages ‘joiners’. He discovered the technique when he was photographing the interior of a house and took lots of separate shots as a visual reference for a painting. When he got back to his studio he stuck all the images together and rather liked the effect it created and, since then, he
has gone on to produce many joiners.

Creating your own joiner is a super-simple project, but the effects can be really mesmerising. You’re not just capturing a moment in time, but several. As time elapses, it brings with it its own narrative: people passing through the frame, clouds moving, light changing and all sorts of other, subtler, alterations to a scene.

Tripod (if the lighting is poor) Computer Colour Printer with photographic/plain paper (or use a photo lab) Glue Backing Card Frame for mounting Dslr Camera & an interesting view
Made this project? Share your version »