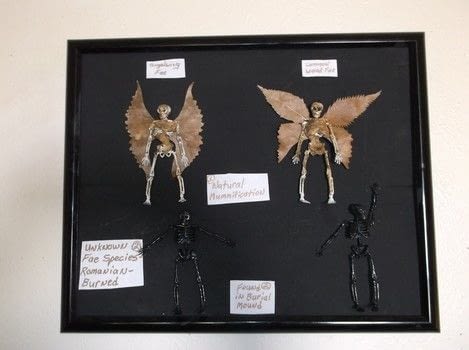 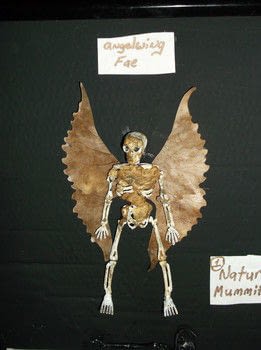 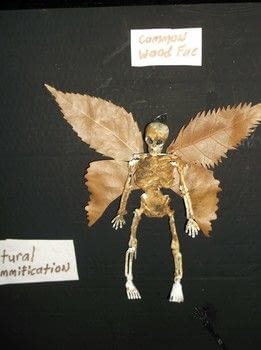 Based on Dead Fairy by moonfae
I used scraps of TP to make the skin pieces on the skeleton and dyed them with concentrated instant coffee mixed with a touch of white glue. The skeletons came from the dollar store but only in black, so I had to paint them white but I left the burned fairies as is. The wings are trimmed dead leaves, and I had to coat those with water and glue mix and put stones on them to make them lie flat. I then glued the wings on the back and mounted the four of them on a large picture frame with black painted cardboard. I have them hanging on the wall in my living room.

Sara P. posted this project as a creation without steps