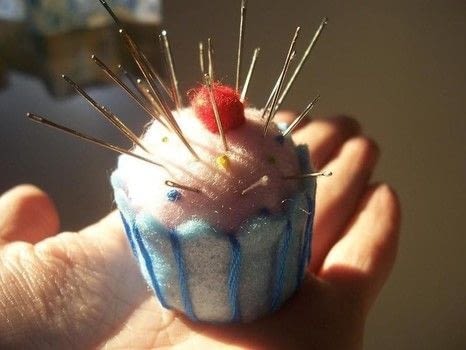 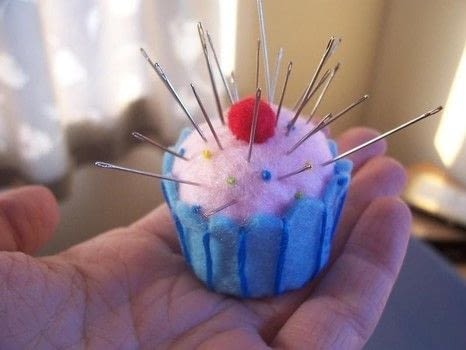 I HAD to make a cupcake version
OK, so there is a tutorial on flickr of how to turn a bottlecap into a pincushion. If you just type in "bottle cap pincushion" into google it will be the first search item.

After seeing this I decided I HAD to make a cupcake version because a) I am obsessed with cupcakes and b) I am always sitting on my needles.

This is done slightly different though. The outer edge and top aren't sewn together, it is glued in place because I wanted the "paper" cup to look seperate from the "cupcake". The sprinkles are french knots, I've never done them before because everybody has always said they are hard...but they're so not!!! The cherry on top is a mini version of the actual cupcake, done in exactly the same way. It's even stuffed with a little bit of stuffing hehe.

Anyway I couldn't decide which picture was better out of these two. Please excuse my insanely liney hands (i'm only 21...I know they look like they belong to an 80 year old woman haha).

(cup)caketastrophe! posted this project as a creation without steps 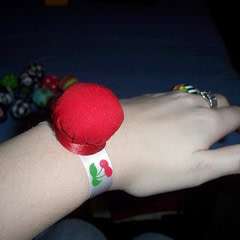 jojobeandesigns · Wayne, New Jersey, US · 53 projects 24th June 2008
These are adorable! And don't fret, I have those same hands!
Reply