Gold Lines On The Wall 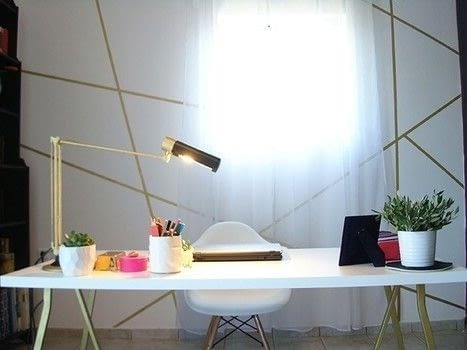 Turning a second bedroom into a home office
Our home's second bedroom story wasn't one of the happiest ones. When we first moved in a couple of years ago, we placed the book cases there in order to turn it into a home office. Day to day routine, lead to the room being anything but! It had to change and with a fresh coat of paint, a bit of gold and quite some elbow grease, I think we managed quite alright!