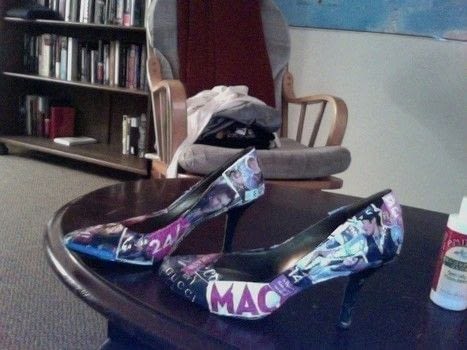 Based on Comic Shoes by Elle
I had an old pair of heels that were originally gold (whoa, I know) which I had then spray painted black. That worked for a while but eventually, the paint started to chip. Rather than repainting them I decoupaged them with snips from People & OK! and the like. They're Pop Couture. =P

kathleenserene posted this project as a creation without steps