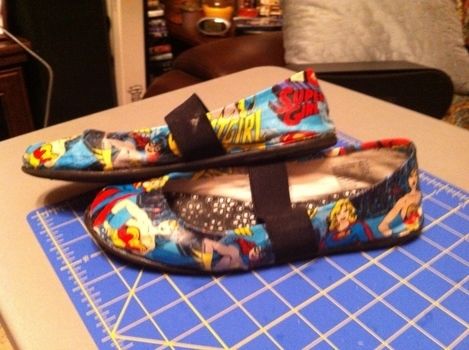 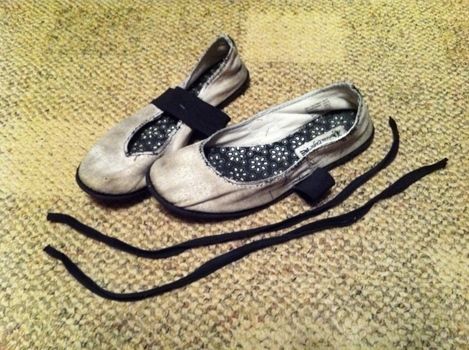 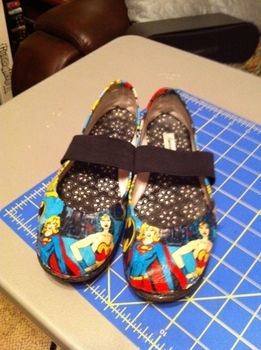 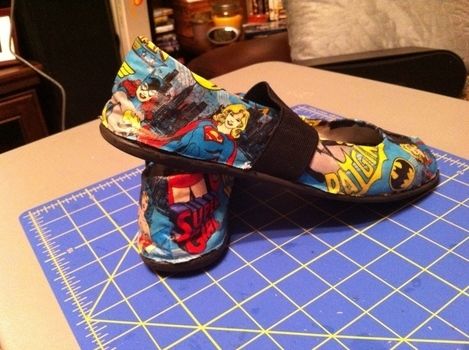 Modify an old pair of shoes with fabric for something new and fun!
Tried this project from a tutorial I found through Pinterest at this long: http://www.hartx3.com/2012/07/diy-comic-shoes.html

This project was fun and a first for me on many levels.

I've never attempted to modify shoes before, however my original ones had lacy material over top of the white that was falling apart. So, it was either, throw the shoes away, use them for "house work" or try this project! Guess which one I chose?

This was also my first time working with Modge Podge and I wasn't sure what to expect. At first I thought the shoes were a little too stiff and they seemed to have shrunk from the glue aspect. I recommend using shoes made with an already stiff base, or else make sure your shoes give your toes plenty of room before attempting. Once I wore them, though, the material loosened up and seemed to stretch a bit.

Originally I was going to re-line the top of the shoe with double fold bias tape, but I realized I cut the pattern too tight and would have ended up covering the faces of my super heroes. If you plan to do something like that, I suggest you leave plenty of space.

Phedre posted this project as a creation without steps 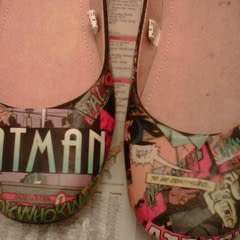 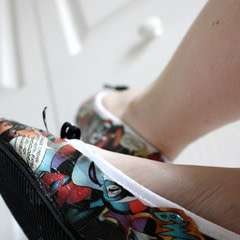 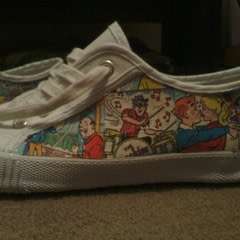 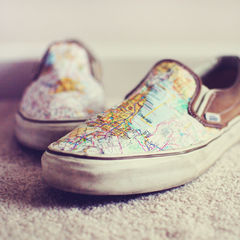 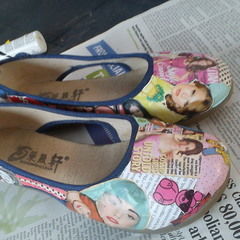