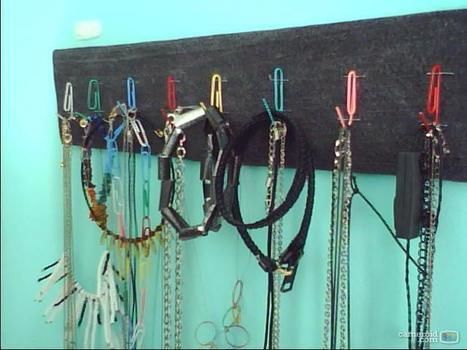 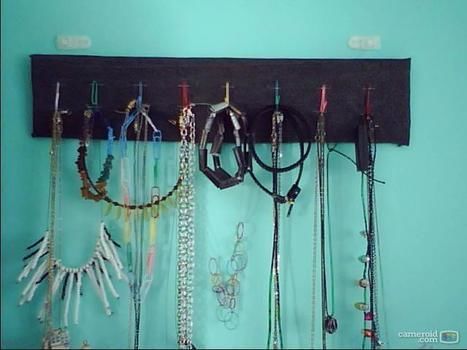 Cheap & colourful way to hang stuff from
I needed a thing to keep some necklaces hanging, so i made one out of paperclips.

Glue or staple the plastic to the cardboard, and place the fabric over the plastic. Staple or glue in place as tight as you can. Place two staples at the top and bottom of where each of your paperclips are going to go. Open up each paperclip as little as possible while lifting the staples to put the paperclips secure under the staples. Hope that makes sense, look at the picture.

The tricky part is getting the paperclips under the staple without taking the staple out or opening the clip too much. But it's well worth it, because it looks cool and it works well also. Plus I had all the equipment to make it already at home, so it was freeee! xD

Christina Y. posted this project as a creation without steps 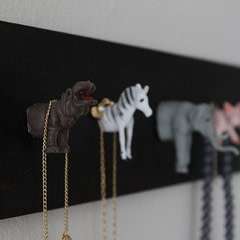 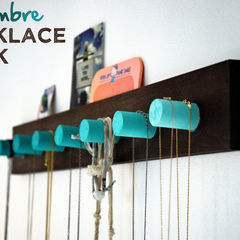 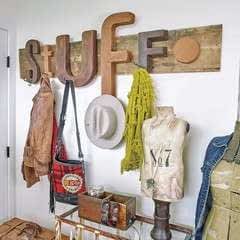 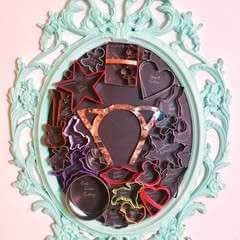 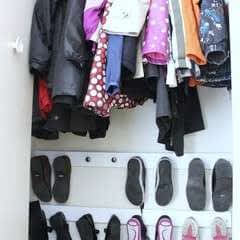 Entry Closet Shoe Hooks
Made this project? Share your version »