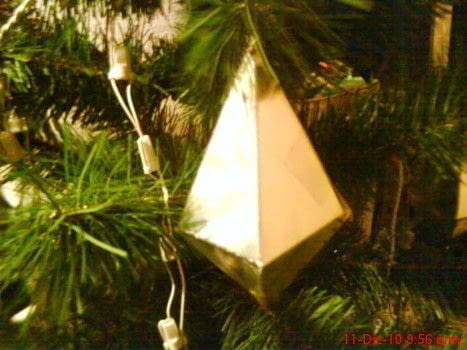 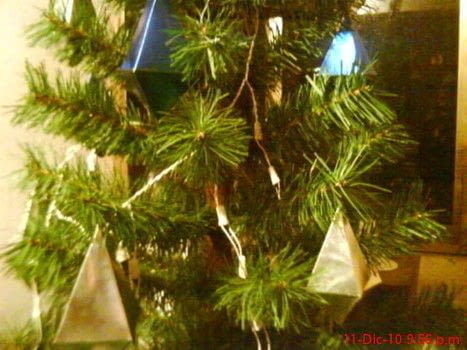 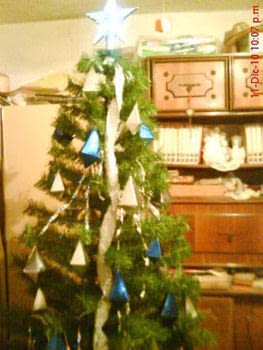 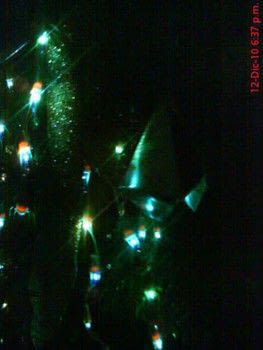 Emergency Christmas Tree... no problem!
Do you remember my crystal ornaments? I was looking for my Christmas stuff to lend it to my Best Friend, she is having a tough Christmas and I told her I could lend her the tree, since my Father was not going to allow me to put a tree this year (Gran passed away last Christmas, I thought he was going to tell me he was too depressed to deal with the Seasson =<) So, we put the tree in my Best Friend's house and a week later... Morphy's law appeared: Daddy asked... "why haven't you put the Christmas tree this year?" Oh-Oh.... I was not going to tell him: "well Dad, I lend it" It's mine, I'm not supposed to be giving explanations =S... so I said... "UUUhhhmmm... I'll put it on Saturday!" Now, I was short of money for the week, I barely bought the new tree, there were some lights somewhere in the house, another top Star, I had some silver ribbon somewhere (or that was what I thought) but, I still had to deal with the fact that I was out of Ornaments and decided to stop thinking about money and started looking around through my materials to see what I had in hand and this was the result =D I admit it, it's based on some diamonds I did on Halloween for a Lady Gaga's costume, but it worked out =D. Besides, in the Christmas tree the Ornaments represent the Goods God sent you during the year and I can tell you my Goods are my family and they are a jewel =D I did two sizes to make it more interesting... I'll still buy some other crystal ornaments with my pay check, but Daddy is satisfied with the results... obviously he asked for all the other crystal ornaments... I had to lie and said: "an elf took them during the visit of the Eastern Bunny" (LOL!)but he didn't ask anymore =D. I hope you like it, I do, Christmas this year brought me the opportunity to expanse my creativity =D 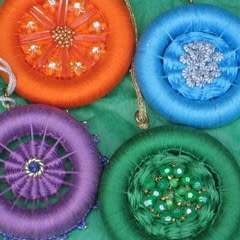 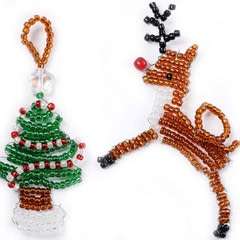 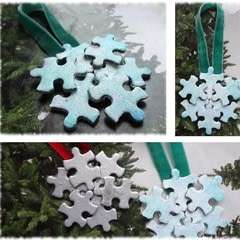 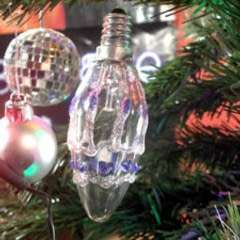 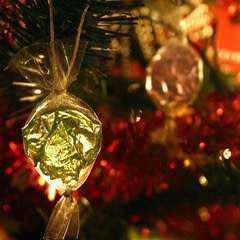 Plastic Candy Tree Decorations
Made this project? Share your version »