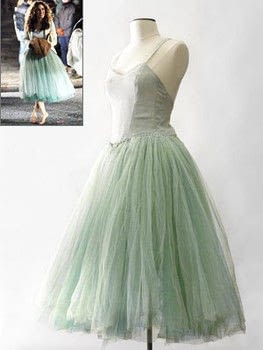 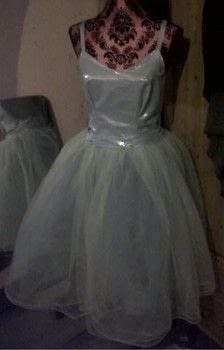 A green tulle dress a la sex and the city
My sister is a bit of a Sex and the City nutter so when we booked to go and see the second movie, she wanted to wear her very own Carrie dress. She fell in love with the green tulle dress Carrie wears in Paris in the finale of the TV series so that was the one she had to have!

It took me a couple of days of sewing but most of it was trial and error because I wasn't using a pattern and was kind of making it up as I went along. I drafted a pattern for a simple bodice and then altered it to fit her shap whilst she was wearing it.
The skirt took an age! I alternated each layer of skirt so it went tulle, net, tulle, net and then tulle on top. I used two different shades of green and blue to try and get a nice colour effect. I hand sewed each layer onto a waistband then put it under the sewing machine to make it secure - I soon found out that I had decided to stop with the layers at just the right time, no more layers would have fitted under my machine!
I think the dress turned out really well but she did look a bit like Tinkerbell in it! She got plenty of compliments in the pub before the show!

Ami M. posted this project as a creation without steps 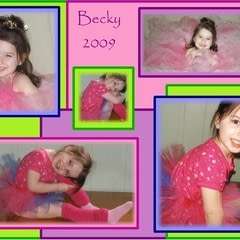 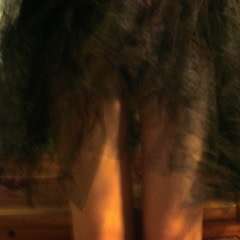 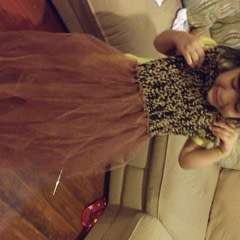 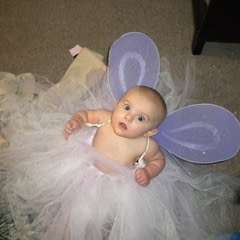 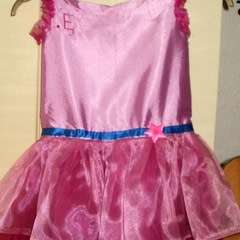 Tu Tu Dress
Made this project? Share your version »