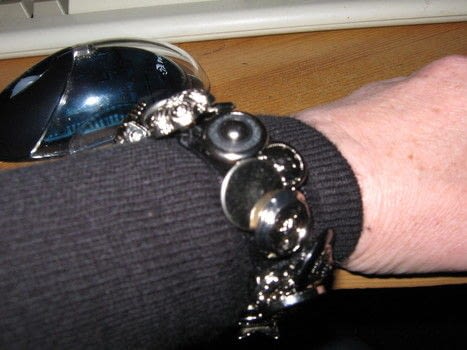 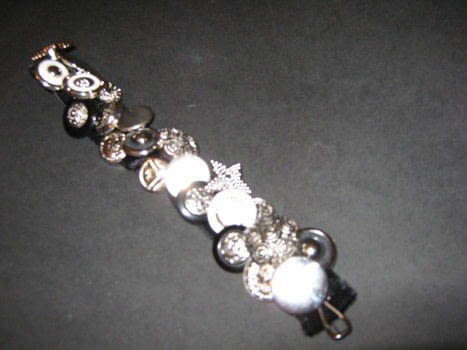 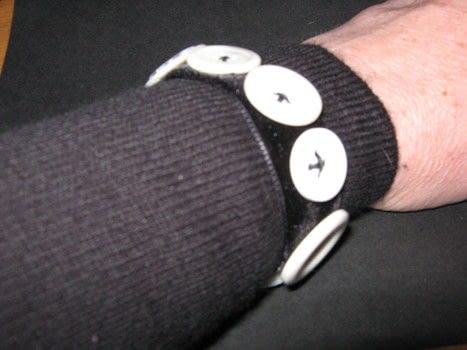 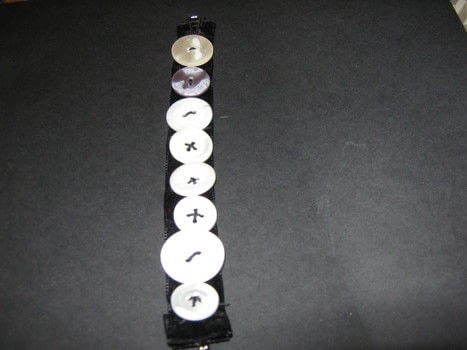 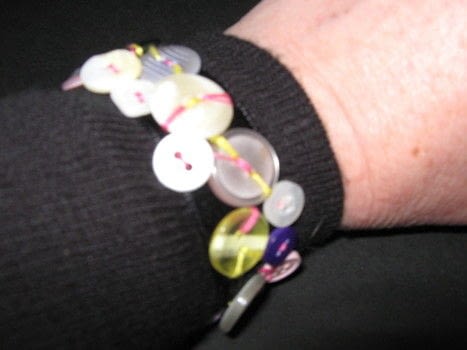 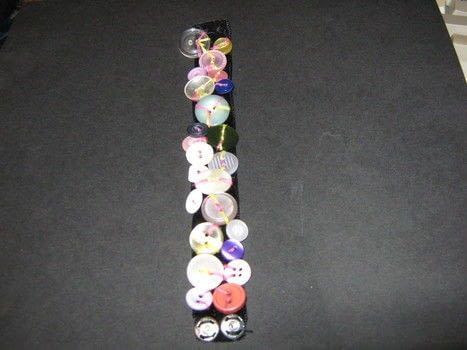 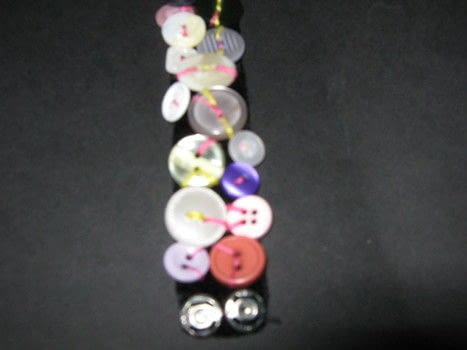 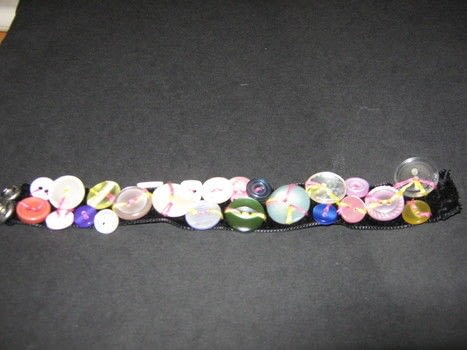 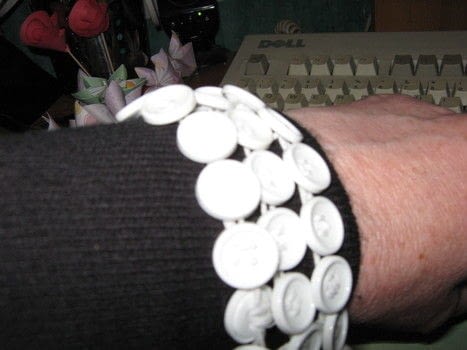 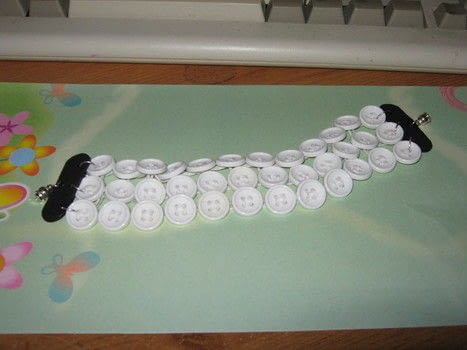 So Many Buttons!So many designs!
Here are my button cuffs!I bought a book from Amazon for 1p + p&p called Buttons by Keepsake Crafts.And once I saw some ideas there was no stopping me! I had loads of buttons I had collected and were just gathering dust in a box!
My fave one is the one where I used the buttons with yellow and pink thread!The idea of sewing the buttons in a different way just came to me!They look so different used this way! Because you would never sew a button onto something like that? Would you? Well maybe if you were five and didn't quite understand how buttons work! But this idea works for me!(No...I am not five!:o))
And the one that has three rows of white buttons on I spent ages designing a bar to spread them out. Because they didn't lay flat once on my wrist!I tried all kinds off different things in my junk room...even looked on ebay, but was short of cash and the p&p cost more than the item so I dug up some shrinky (which isn't my fave stuff!)plastic!
Hope you enjoyed looking at them....so many buttons...so many designs!Only a bucket full left to play with 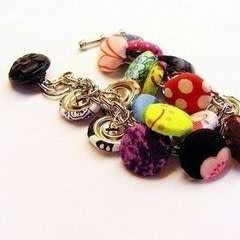 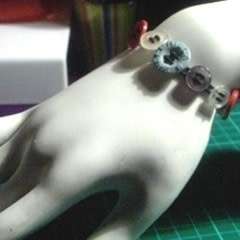 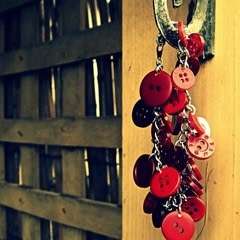 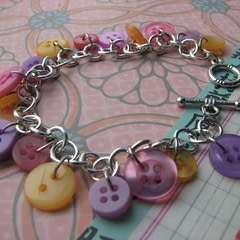