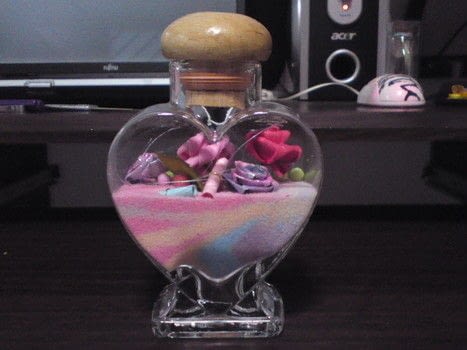 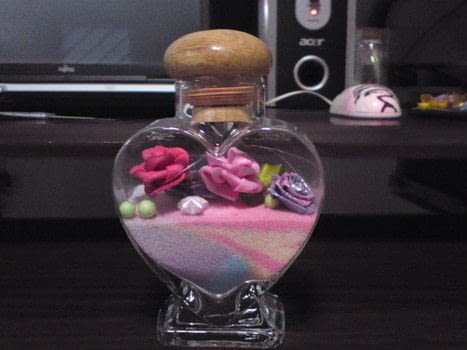 Pretty bottle gift for someone :D
Here's a how to for the decorated bottle to give someone as a present.
Sorry for the lack of pictures I didn't have any extra bottles to make a tutorial for this :/

The idea was from a neighbour and years later suddenly wanted to get a gift for friend I started to make one and change it over time when I keep making these bottle gifts.

Hope you people would understand what I'm trying to show here, because I have just joined here and the first time doing a tutorial to show everybody. :D

dSolitude · Singapore, SG · 5 projects 9th January 2011
i got the bottles from a bookstore.
but i'm not sure where do you get the bottles in your country :/ because we are from different countries so i do not know..
sorry about that :/
hope you could find a nice pretty bottle for your anniversary gift

!
all the best to you!
Reply