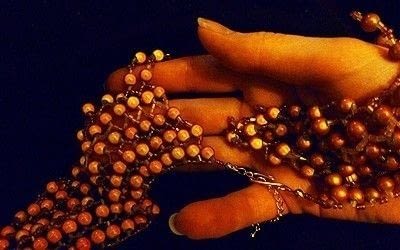 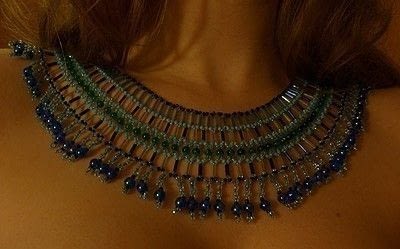 The first necklace ever I made. :)
This was the first necklace I made (about 5 years ago or so?); very loosely based upon a pattern I got inspiration from, but mainly my own creation. It's a collar-type necklace - rather then hanging around your neck it sits on your shoulders; a nice weighty feeling and looks incredible with strapless gowns.
It was really my first foray into beaded necklaces and as such I ended up using a thread that was pretty unsuitable for the project.Because of this I'm hesitant to ever actually wear it (I've had another of about the same size that broke several times from brittle thread - you can see that in the second picture), so that's a shame, but it's really lovely to hold and look at.

It was made from pretty cheap materials actually - no really fancy beads or anything (hence the "reasonably priced").
I actually ran out of one of the bead colors 3/4 of the way through and searched for a long time to find something even vaguely similar. In the end it used about 12 meters of thread and thousands of beads, but the hardest part was threading them all on the string, not getting it tangled and weaving everything correctly - very time consuming. 12 hours was a very rough guess time-wise (it's probably quite a bit more).. but I certainly didn't do it in one sitting! :D

Erica R. posted this project as a creation without steps 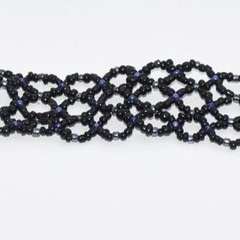 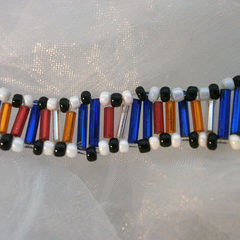 Jess · Phoenix, Arizona, US · 6 projects 28th October 2010
That is amazingly gorgeous. It reminds me of something that Cleopatra would wear. It's really, really beautiful.
Reply