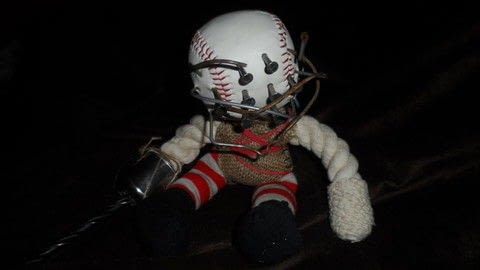 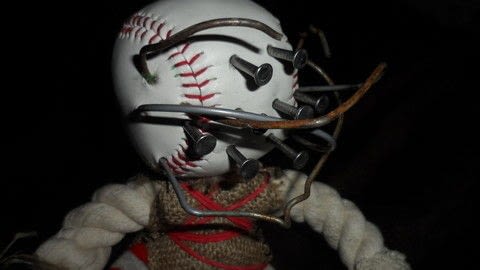 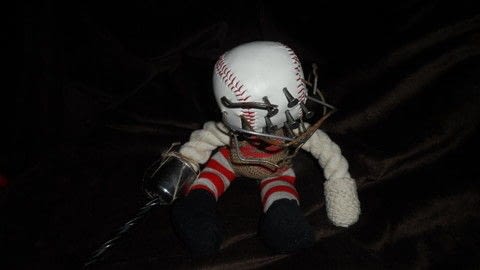 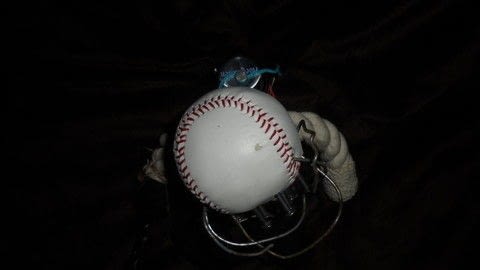 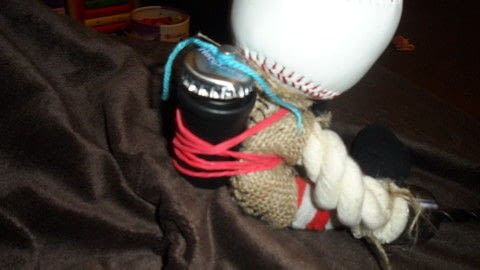 A creepy ass doll for my cousin, a replica of the little sister's one in the game
My cousin Jordan mentioned that he'd love a replica of this doll that appears in a game he loves, and me always up for the challenge and looking for oppertunity realised his birthday was just around the corner.
Gathering the materials was a bit of a nightmare (hard to find baseballs in scotland!) and there were some problem solves along the way but I'm really chuffed with my efforts.
This is the original doll from the game -
http://bioshock.wikia.com/wiki/File:Big_daddy_doll.png

I've wanted to make one of these too, been telling myself I'll get around to it for something like 3 years though.

A+ though, very well done!.

susie · Glasgow, Scotland, GB · 154 projects 11th December 2013
Thank you so much, you know I was more nervous about this project than any other but once you start, he was really done in no time. you should give it a go!