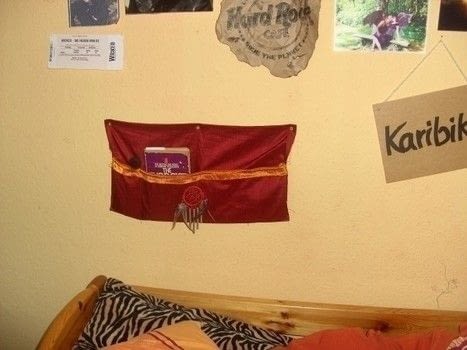 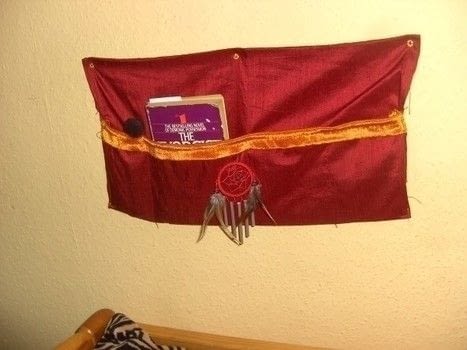 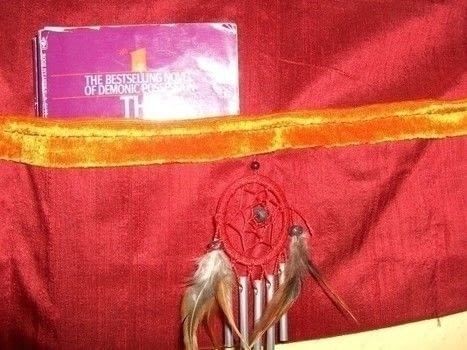 Based on Bedtime Organizer by Cat Morley
Well, as a HUGE fan of storage and organizing systems, I just -had- to make one of these.

The red fabric is a rough silky one with a nice stripy pattern, the orange stuff is very shiny nicky.

I had to hand-sew the whole piece because our sewing machine is somehow... gone...
Most of the crafting time, I either watched Smallville at the same time ( Yay for sexy Michael Rosenberg! ), or had a major hangover ( try stitching while that!!! ), so in consideration of these facts, I think it worked out great. ;)

On the top, I stitched 3 circles where the nails should be.
Just for the heck of it, I added a little dreamcatcher.
Hammer to wall, put in stuff, enjoy.

FrolleinKram posted this project as a creation without steps