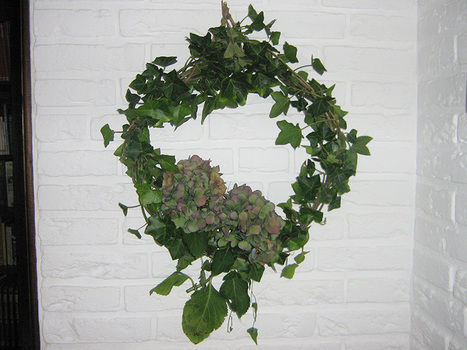 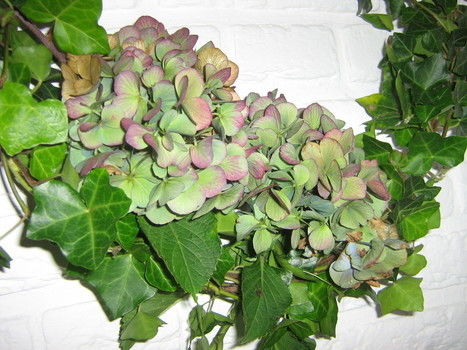 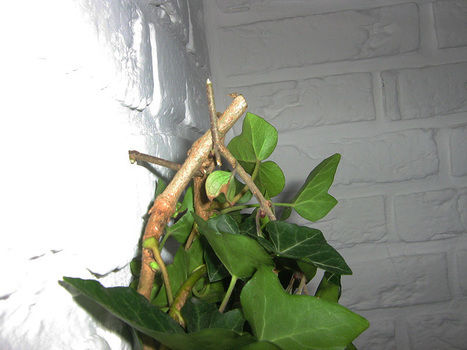 Even the hanging is natural!
This wreath is made from cuttings from my back garden. There's ivy, hydrangea, hedge bindweed and a small twig from a shrub that I don't know the name for.

I cut off about 10 long (50+ cm) pieces of ivy. They were threatening to take over the garden instead of keeping to just the fence, so they had to go.
I twisted them into a circle, starting with 2 and adding more one by one.
Then I took two hydrangea flowers which were hanging limply from their stalks (they were broken when the painter put his ladder into our garden...) and put them into the ivy ring. This did not stay in place so I found some hedge bindweed, which is coming from the neighbours garden and is actually a pest, and bound the flowers into place.

When looking for a place to hang the wreath I noticed a hole in the wall where probably a hook or screw had been. I didn't feel like finding a plug and screw to fit the hole so I went back to the garden and cut a twig that was large and long enough to fit in the hole and support the wreath.

TADA! All natural result. Of course it will all dry out but the wreath I made last year of only ivy lasted at least a few months before falling apart. Hydrangea has a reptutation of drying pretty, only the leaves on the stem are hanging limply so far. 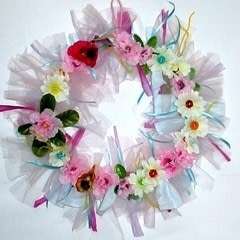 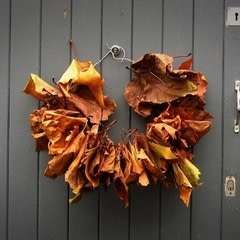 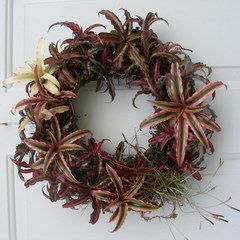 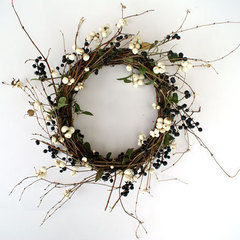 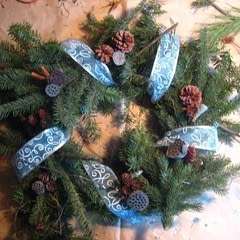 Natural Holidays Wreath
Made this project? Share your version »