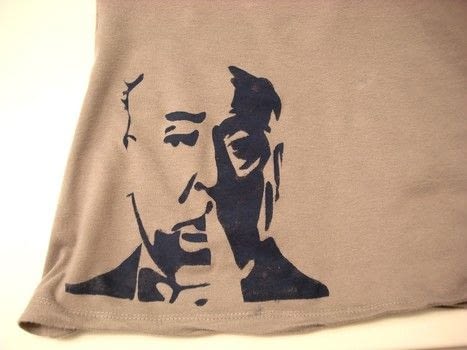 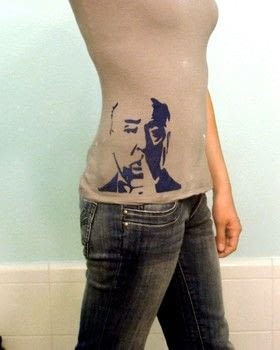 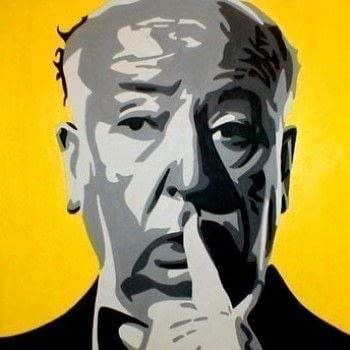 just a test
this is my first freezer paper stencil - it was pretty easy... well, cutting it out sucked, and I tore it when I took it off the shirt afterwards, and I didn't do a thorough job of painting it, smudged some paint from my finger on the shirt after I finished it... but it came out better than I was expecting it to for how slipshod I did it! I was really just testing it out before trying it on a good shirt. I want to do it again but maybe 3 times bigger with black on a white shirt next time. we'll see.

I did the stencil from a picture on a website for a college that was doing a gallery film series on Al. I just tweaked the contrast - still doing that actually. I think he needs less shadow on his face. I did it a while ago - not sure sure why I left it how I did :P

and yes, my bathroom mirror is still dirty ;) 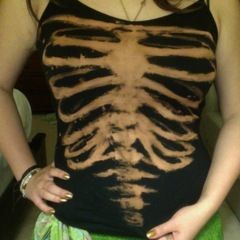 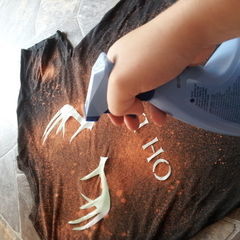 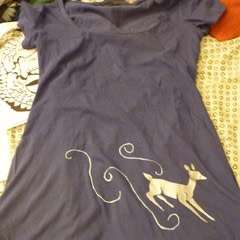 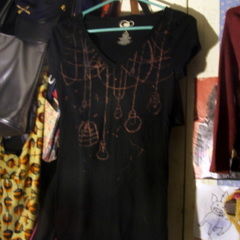 To Write/Draw With Bleach 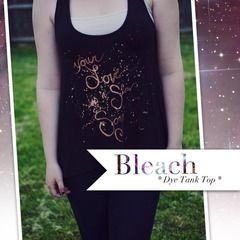 Bleach Dye Tank Top
Made this project? Share your version »