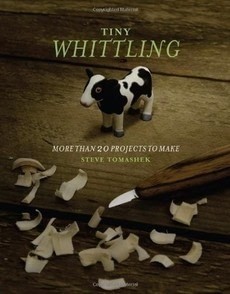 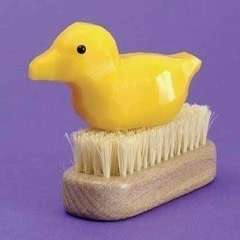 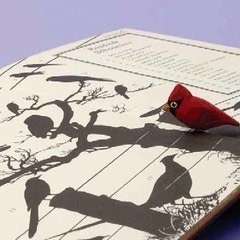 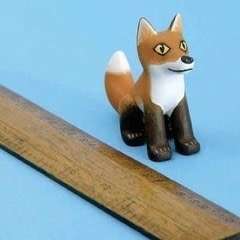 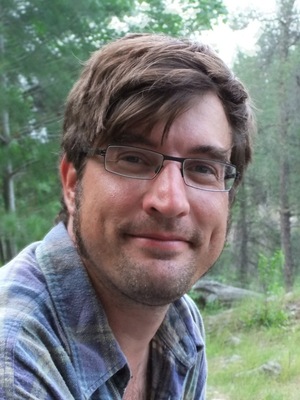 I live and work as a full time artist and whittler in Halle, Germany. I was born and raised in Minnesota, went to Indiana University to become a history teacher and after two years of teaching Math and Science I quit to become a full time artist. I've been displaying my work at art fairs and in galleries throughout the US for fifteen years before last year moving to Germany. I started purely as a miniaturist woodcarver but have since moved into the fields of macro-photography (with the help of my friend and collaborator Glenn Gordon) and stop-motion animation (in which I photograph and edit short films using creatures I've created).

"Tiny Whittling" is designed with the beginner in mind; it starts with materials and tools you can find in most kitchens. The projects get progressively more difficult but still only require a small investment in tools and supplies. The main subjects of the book are miniature animals with the exception of a snowman. Each project is broken down into a number of steps accompanied by photos showing the position of the knife and hands in relation to the
carving.

In my years of being in the public eye I've been asked many times to offer advise for the beginner, recommend books or offer classes. A book containing all of the knowledge I have gleaned from fifteen years of daily carving seemed appropriate at this time. I have demonstrated and even tried to teach a few classes but I'm not keen on it since I don't like to see my students get bloodied. In reality, the skills required to carve well must be sharpened over years of practice. This book offers a good head start with tips that have been learned over a long period of practice.

One of my first projects was a chess set and in the process of making eight pawns for each side I realized that I enjoyed the challenge of the new more than the comfort of repetition. In keeping with that I found the carving of the carrot bunny the most fun since I usually do not carve vegetables. A new project always opens that door in my imagination to allow me to think tangentially about many other possibilities. Immediately I was thinking about what fun you could have with a dinner party salad if you made little bunnies for each bowl and added a few raisins to boot.

Here in Halle I have a work room with a large cluttered desk, several shelving units and a light box for taking photos. I am also able to travel and work quite easily with a small cigar box containing a couple knives, sharpening stones, a finger protector and several chunks of basswood. I usually draw more than I carve and carve more than I paint so I have many more projects in various stages of completion than I have actually ever completed. Apart from the messiness (including wood chips) I have plenty of lighting and magnification for the small space where I do most of my work.

I always looked at my eldest brother as "the artist" so while I was always creative I didn't think much of it. Eventually I could not deny my tendencies. I took one art class at university titled: "Self-Instruction in Art" to give me a little structure and by the end I knew that I wanted to whittle. Miniature woodcarving provided a unique path in which my interests could converge. I could be sculptor and painter, cartoonist and poet, and now photographer and animator. These are all things I did as a kid.

I grew up the youngest of seven kids most of whom were engaged in crafts of one sort or another. As the youngest I was just part of the mix so It's difficult for me to say what I made first. I do remember that we played with homemade clay a lot but there was no requirement to make something specific. Someone in the family named the resulting objects "Plunks" because once they were finished you "plunked" them down somewhere. This definition could apply to any sculpture and it's simplicity still brings a smile to my face. As for carving, I would guess that my first piece was a tiny bird for my grandmother.

I've enjoyed the work of Stephen Jay Gould and Joseph Campbell, the poetry of Leonard Cohen and Rainer Maria Rilke, the stories of Vladimir Nabokov and Herman Hesse (to name a few off the top of my head). My favorite crafty heroes are illustrators and cartoonists: Ronald Searle, Robert Crumb and Ralph Steadman. I am always on the lookout for thinkers and artists who are new and interesting to me and I am not often disappointed; I am endlessly reminded of the infinite depths of my ignorance.

I live in a new country now so everything can still be a little amazing when I step outside. Stepping inside my brain has always been a good way to find inspiration. I get inside by spending an hour with my pen in a drawing book. It's all a bit like a daydream; I process the world I've ingested and design a cartoon version of it that's ready to be made out of wood. I'm also open to suggestions, requests and commissions; sometimes other people open doors I did not even know existed.

I would like to finish a couple animated shorts and work on another book in the coming year. I'll also be learning more German. I'm applying for outdoor art markets in Germany, Luxembourg and the US for next summer as I learn how to survive and thrive as an artist in the middle of Europe. Artistically I plan to continue work on two different separate series: box environments and progressions. My interest in progressions (a series of pieces progressing from block of wood to completed carving) developed out my work on the book "Tiny Whittling."

A hip beginner’s guide to one of the world’s most relaxing, inexpensive, and rewarding hobbies, this handbook puts a modern spin on an ancient craft by teaching readers how to whittle whimsical miniature creatures. With just a sharp knife, a little practice, and the tiniest block of wood, anyone can make a charming carving in less than an hour. Led by an award-winning carver and artist, this manual takes readers through the basics, demonstrating how to carve root vegetables in order to minimize the danger of accidents; readers will create a simple turnip bear or a carrot mouse. As confidence builds, readers graduate to wood, and work through step-by-step instructions accompanied by photographs, enjoying increasingly polished results as they refine their technique. It includes easy-to-use templates and sources for tools and materials, readers will learn how to sand, paint, and decorate their tiny carvings, eventually creating a fox, an owl, a horse, a hen, and even a forest or farmyard setting for their miniature menagerie.

You can get 20% off Tiny Whittling for one week only via IPG's website with the code: TINYWHIT20.