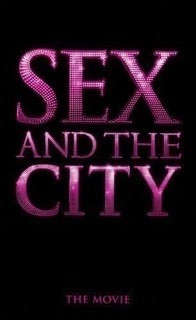 Sex and the City

by Amy Sohn · Published by Other

From the team who brought you Sex and the City: Kiss and Tell comes this must-have companion to the movie millions have been waiting for. This sleek hardcover volume gives reader exclusive entrée into the world of Sex and the City: The Movie.

In addition to a storybook-style telling of the film, the book includes mouth-watering bonus features not available anywhere else: behind-the-scenes stories from Kim Cattrall, Kristin Davis, Cynthia Nixon, star and producer Sarah Jessica Parker, writer and director Michael Patrick King, as well as producers and other key cast and crew members; a guide to the movie's multi-million—dollar fashion closet, including insight from costume designer Patricia Field; and an insider's tour of the movie's many locations, some of which have never before appeared on film.

All of this behind-the-scenes information is accompanied by more than three hundred stunning, luscious, full-color images. This beautiful keepsake is sure to bring some big-screen glitz and glamour to every reader's bookshelf.