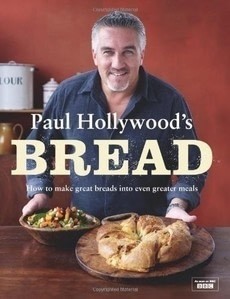 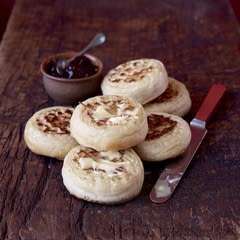 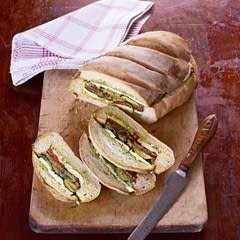 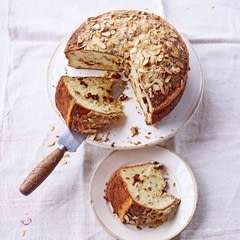 Paul Hollywood is Britain's favourite master baker. His new book is all about bread - how to make it and how to use it. But while it's all very well making a lovely loaf of bread, can you guarantee that it won't be wasted? You know those times when you have a lovely crusty loaf, fresh from the oven, and you have a horrible feeling that after the initial excitement is over, half of it's going to get pushed aside and not eaten...? Well, maybe it's time to bring bread back into mealtimes for real. Not only does Paul teach you exactly how to make a variety of breads, but for each one there is a spin-off recipe that shows you how to make a fantastic meal of it.

The book has six chapters, each with five bread recipes - plus the spin-off recipes for main courses. Not only are Paul's recipes delicious but they are also foolproof, with comprehensive step-by-step photographs. Try your hand at a basic white bloomer, which can be come a savoury picnic loaf; stilton and bacon rolls, which are excellent served with celery soup; fluffy crumpets, which become the base for eggs Benedict; spinach doss, which is a natural pairing with chickpea masala; ciabatta, which the Italians have traditionally used as a base for tomatoey panzanella; pizza bases, which can become home-made fig, Parma ham and Gorgonzola pizzas; or white chocolate and raspberry bread, which makes for the best summer pudding you've ever tasted.

Tying in with the BBC2 television series, Paul Hollywood's Bread is all that you could want from a book and more. Get baking!