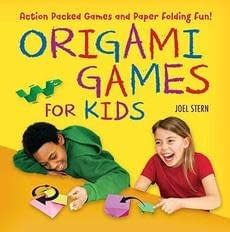 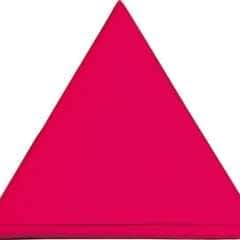 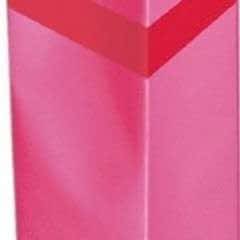 Fold, decorate & play!Learning to fold simple paper models is just the beginning in Origami Games for Kids! Children of all ages can enjoy playing 15 interactive games with their finished origami crafts. The paper models can be used to play 15 simple but highly entertaining games that will keep children engaged for hours, and allow them to collaborate as well as compete. It only takes a minute or two to fold up each game piece, and then you can use them to play the following exciting games: Balancing Act—Who can keep the spinning wing balanced on the pyramid longer? Basket Bombs—Shoot the ball through the hoop using the catapult! Bowl 'Em Over—How many bowling pins can you knock down at one time? Can You Top This?—Build a tower of triangle chips as high as you can! Chip Toss—How many triangle chips can you juggle between two inverted pyramids? Fill 'Er Up—Who can flip the most balls into the box using the dragon's nose? Football—Scoot the football in between the goal posts to score! Frog Olympics—Spring the frog into, over or on top of the box! Ghost Dodgers—Can you slide a triangle chip under the ghost without knocking it over? Leap Frog—Keep the leaping frog leaping as long as possible! Pick Up Chips—Carefully remove the triangle chips one at a time without jostling the adjacent ones! Slay the Dragon—Take turns launching footballs at the dragon on the goal post until he's knocked down! Snap Dragon—Slide a penny under your opponent's dragon without getting "pinched!" Stormy Seas—Who can blow the sailboat from one end of the path to the other in the shortest time? Timber!—Stack as many sheets as possible on top of the "tree" before it falls over! These games will appeal to kids of all ages and personalities. Beyond having fun, origami engages children's minds with the physical world—allowing them to make discoveries and solve problems. Research shows that origami stimulates the logical and creative sides of the brain, so both zones are actively engaged when folding. It also teaches the basics of geometry and has concrete benefits for developing minds. Whether at home, at a birthday party, on vacation, or in the classroom, Origami Games for Kids Kit will provide hours of creative, hands-on fun for everyone! This kit contains: A full-color 48-page origami instruction book 48 sheets of downloadable, double-sided origami paper 15 different paper models used to play 15 exciting gamesOver 50 colorful, printable stickers to decorate the models