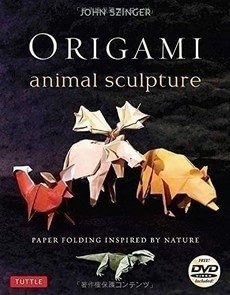 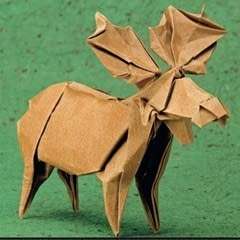 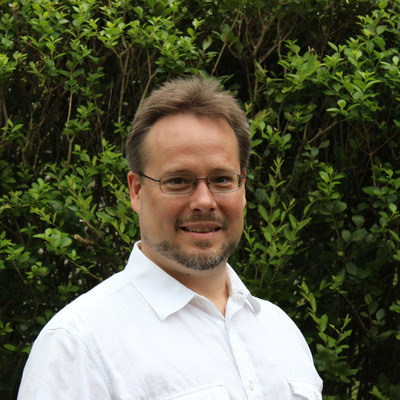 Sure. It's an origami book that features mainly animals, as the name
would suggest, with an emphasis on the sculptural qualities of the
models. The book features step-by-step instructions for twenty-two
projects, and a discussion that touches on origami design, choosing
paper, and finishing the models. It also features some great
photography by my friend Bob Plotkin, of models folded by yours truly.
There's a DVD demonstrating the folds for people who feel more
comfortable doing it that way. The book is meant for folders of an
intermediate level and up. But there's a bit of a progression to it.
If you've mastered a few basic folds you could probably tackle at least
a few of the projects in the book, then move on to the more advanced
projects to increase your skill and artistry.

I think animals are a great subject. They're interesting and often
challenging to fold, and there's so many ways to approach the design.
And of course being part of nature, animal designs bring out that
natural connection. About half the models are based on the kind of
creatures you can find camping and going on hikes around New York and
New England: bears and moose, frogs and lizards, inchworms and
butterflies. These kinds of creatures are near to my heart, and some
were even designed on camping trips. Others such as the Narwhal and the
Cuttlefish, are creatures I think are just plain cool.

I like 'em all, but a few are special for different reasons. The Lizard
was one of my earliest successful designs. In fact I came up with it in
a class on origami design. After that I was off and running. The Fox
and Inchworm are charming. The Adirondack Moose is pretty cool, and so
is the American Turkey. That's the most complex model in the book and
took me a while to really perfect.

I have an office/studio in my house. I'm also a musician and software
designer so it's full of saxophones, synthesizers and computers too.
There's origami all over the place, ideas I'm working in a big pile on a
desk and a table, and in boxes. When I was doing the photos and videos
for the book I built a little setup with lights and backdrops and a
camera. You can fold just about anywhere, so I'll do it sitting around
the coffee table or wherever. Sometimes on the train. When I'm doing a
big, intense piece or series, or wetfolding, I'll set up on the kitchen
table and go late into the night. The rest of my house is full of
origami too, but most of that is finished pieces. My current favorites
or newest stuff always go on top of my piano. That way I can look at
them until I decide I'm satisfied with a piece.

Yeah, you could say that. When I was a kid I was really into drawing,
and thought I would be an artist or comic book illustrator, or maybe do
album covers when I grew up. I loved drawing monsters and spaceships,
action-oriented kinds of things. Later I studied drawing animals and
human figures, and that helped me down the line with origami, developing
the eye for the subject. I also studied drafting, which helped alot
when it came time to diagramming my origami.

Hmmm, my mom is into sewing and knitting and crossstitch, so doing
crafty stuff was always around when I was growing up. I remember doing
paper airplanes and other kinds of paper crafts as a little kid. I came
to prefer origami cuz of the simplicity: no cutting or gluing or
stapling. In third grade or so I started doing origami out of books in
the local library, but after a while I had folded everything I could
find and I put it aside. I didn't really come back to origami until
many years later. I attended a origami convention mostly out of
curiosity. I was amazed at level to which it had advanced as an art
form, and found a really friendly community. I started making my own
designs and participating in exhibits. I got hooked.

I read lot of different kinds of books. Lately I've been into history
and particularly biographies. Famous people always have interesting
lives and you can learn alot about the times they lived in, and often
something about what it takes to become successful. The last two books
I read were the autobiographies of actor Arnold Schwarzenegger and
singer David Lee Roth. Funny enough, both cite Teddy Roosevelt among
their heroes. I read his autobiography earlier this year.

As for crafty heroes, I've always admired people who could fuse the
technical and creative sides of their fields. For example, early in his
career Walt Disney made some major contributions to the field of
animation with synchronized sound, color, multi-plane animation and
rotoscoping. He was never a really great cartoonist but was able to
build a world empire starting with his cartoons. Similarly, when Pixar
started out they were known for a product called Renderman that let you
render your animation on a network of computers instead of a single
computer, which made things go much faster. They were making short
films to show off their technology, and it took off from there. On an
individual level many great artists have developed new techniques to
advance the expressiveness of their art form: John Coltrane, Picasso,
the list goes on.

Well for animals and natural subjects, the starting point is always
nature itself. That's a big part of my work and something I keep
returning to. Within the origami world there's lots people doing
amazing work, different styles, different subjects, and often I'll see
something and think I'd like to try something like that. But you can't
try everything, there's too much, so you have to choose, find your
voice. Once you get into something and begin to understand, you look
for a way to develop it and make it your own. Origami is very geometric
art form and there's a there's a whole side that's not at all
representational, but strictly geometric. Tessellations, polyhedra,
that sort of thing. I do alot work in that area too. That comes from
nature too in a way, but more crystals than biology. Another stream of
ideas comes from the world of graphic design, and various stylized art
forms like stained glass or folk art.

I just finished my first book, so I'm starting to think about book
number two. I'm always experimenting, thinking about new subjects I'd
like to tackle, and how I'd approach them. For a complex subject the
actual hard work -- folding better and better failures over and over --
can get fairly intense so it tends to come and go in waves that might
last a few weeks. I have maybe 50 or 60 models right now beyond what's
been published. I had to take a break from diagramming after finishing
the book, but I'm back to diagramming again. I teach origami classes a
few times a year at different events and its always nice to show up with
something new to see how people respond. After I've diagrammed a model
I'll pass around the diagrams to see how people do. If they tend to
have trouble with a particular step or sequence I'll go back and rework
that.

But the question is really to develop a theme. I have a few series of
models that run together that could be the nucleus of a book. Whatever
I pick, I have only about about a half a book's worth, so I'd have to
come up with a good number of new models. For one I have more animals,
including a very nice cat and dog that seem to be popular. Developing
this would lead me in a less complex direction that might have broader
appeal. Another is mythological and fantastic animals. I have a Dragon
and a War Elephant with a castle on its back that are among my favorite
models, but they didn't fit in with the first book. A third thread is my
spaceships and airships, which have an unusual folding technique as well
as a novel subject matter. Another thing I could do is a book on the
tessellations and polyhedra. Some of the polyhedra are incredibly hard
to fold, and to diagram. So I'm thinking of ways to make that work, to
get it across to people. One idea is to use photos instead of diagrams
in the final stages. I'm also working on developing a story-oriented
book in collaboration with Bob my photographer. Whatever I pick, that's
going to be my main focus for the next year or two. So right now I'm
just sort of looking and thinking before I dive back in.

Origami Animal Sculpture offers a refreshing take on the endlessly fascinating field of animal origami paper folding. In this book, folders will find beautiful photos, clear directions and an instructional DVD that make the creatures in this new collection a joy to fold and display. Author John Szinger has put together 22 expressive lifelike 3D designs with intermediate-to-advanced models of unusual animals and related objects.

Do-it-yourself projects include:Adirondack animals and objects like the Canoe, Foxy Fox and Brown BearCephalopods such as the Octopus and Giant SquidArctic marine mammals including the Bull Walrus, Elephant Seal and NarwhalInsects like the Inchworm and ButterflyAnd many more!
Origami folders will find that the sculptures they create are customized to exhibit the subjects' personality and attitude. Szinger's attention to detail is the hallmark of his work. He's been folding paper for most of his life, starting with paper airplanes at a young age. He devoured origami books at his local library and soon began experimenting with his own designs. Ten years ago, Szinger came back to origami after a long hiatus and began attending conventions, where he met other dedicated folders and was inspired to create his own original models. From these encounters, he began folding origami pieces for personal enjoyment, and to share with other origami makers.