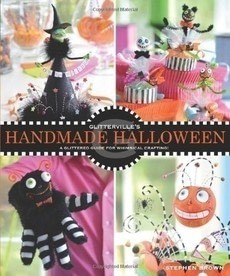 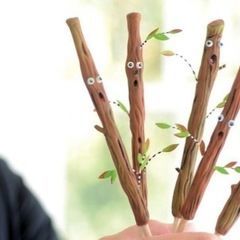 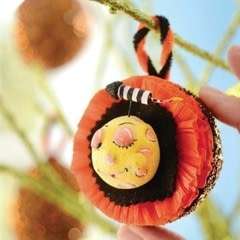 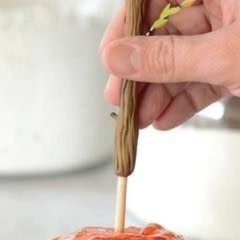 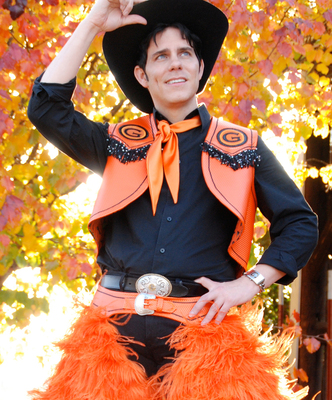 I’m the creator of Glitterville Studios where every day is a holiday! I started the company in 2003 based on my love of crafting and the holidays, but what began with a handful of Halloween and Christmas ornaments has grown into a full blown lifestyle brand with thousands of products, television opportunities and now books!

My favorite holiday has always been Halloween, which is why I decided to make it the theme of my first book Glitterville’s Handmade Halloween!

Many people think of October 31st as a spooky and dark time filled with things that are scary...but I think of it as a celebration of costumes, and candy thats over the top merry, which is definitely what you will find in the book!

In addition to showing the holiday in a happier light, I wanted to create a craft book that would be appealing to both novice and advanced crafters, filled with my personal craft techniques that can be used on the projects in the book as well as applied to your own craft endeavors. That said, the book is quite advanced for someone who has never crafted...but every step is shown in full color with beautiful photography making the projects doable for anyone, and every material, tool and technique is outlined in a section of the book called “The Glitter Guide.”

The projects in the book range from Fuzzy Spider Hand Puppets to Spooky Forest Candied Apple Sticks and practically everything else you need to throw a fun and whimsically wacky Halloween party.

I have always had a craft book in one hand, learning new techniques and exploring new styles is never more fun than when flipping through the pages of a new craft book. But in the last few years I started getting frustrated with new books on the market that didn’t challenge me or show me any new techniques, so I decided that I wanted to combine everything that I have learned and my style into a new holiday craft series to show crafters that crafting doesn’t have to be oversimplified and boring.

Although thats a little like asking a mother which child she likes best, I would have to say “Lumber Jack” which is one of my folk figures that tells the story of a small pumpkin who dreams of plaid shirts and trees!

My craft and writing space is never the same, in our modern world it seems I do all of my crafting and writing on the road, whether I am sculpting new Glitterville characters in a hotel in the Philippines or writing poems and projects in a car or on a plane, I rarely find the time to settle down in my craft room and make all day...which is every crafters dream! However I do have three different craft studios that are used for various projects, one is a complete mess and is where most of my real crafting is done, the second is a full craft set used for television and video and the third one is at my house and looks a little like a central casting craft room.

I can't remember a day in my life when I wasn't crafting something. While other children were being cautioned not to sit to closely to the television set, for the fear of it ruining their eyes...I was being rushed to the emergency room to get glitter out of mine...and I will just tell you, that chunky glitter in your eye is a much quicker route to blindness than your proximity to watching The Brady Bunch!

My first real adventure in crafting was in first grade when our teacher handed out construction paper Christmas trees along with unpopped kernels of popcorn for us to glue on for decoration. But just as we started to craft the fire drill bell went off and we were told to line up single file and exit the building. Not wanting to stop crafting, I was the last out of my seat and the very last one in line to leave the building but instead of exiting I decided to run back and finish my popcorn Christmas tree, not in our class room, but in a coat closet. When everyone returned, I was no where to be found and I ignored everyones calls for me until my creation was completely done, but by the time I was finished...It was to late! The kids were gone and only my teacher and the police remained. I'm happy to say that was my last run in with the law, but only the beginning of letting crafts influence my decision making.

I don’t really have any favorite authors and those I do favor would be far to plebeian or expected to list, I’m more of a magazine picture flipper. My craft heros would probably start with the “make and do” volume from the Childcraft encyclopedia series, followed by Martha Stewart who has had the largest impact on crafting and lifestyle in my lifetime and possibly ever.

I love researching Halloween's past, from photographs of the grand Halloween parties of the 1920s to the vintage Bogie books, I can always be inspired and find great decorating idea's that have long been forgotten! To then take those inspirations and turn them into new designs and products that people can enjoy in 2012 is a satisfying feeling as a designer.

Who knows? I like to think there is a circus around every corner thats just waiting for me to join in the fun!

We are currently working on a Christmas book that will hit the bookstore shelves next summer, creating new Glitterville products and in discussions for several new TV shows on a popular home network, all of which involve lots of Glitter, Glue and some fun Make and Do!

Make every day a holiday!
Stephen

Celebrate the season of costumes and candy with Glitterville's guide to creating a wondrously wacky and whimsical holiday!

Treat yourself to the kookiest compilation of crafts and decor assembled from Glitterville's creator, Stephen Brown, judge of Craft Wars on TLC. Glitterville's Handmade Halloween is full of bright, colorful photos, step-by-step holiday how-tos, and over-the-harvest-moon decorating ideas to make your home sparkle and shine this spooktacular season.

A great book for intermediate to experienced crafters, Glitterville's Handmade Halloween will delight readers as they make their way through the playfully photographed pages of the book, which include full, never-before-published instructions for making some of Glitterville's most sought-after items, including Halloween candy garland and the studio collection of folk figures.