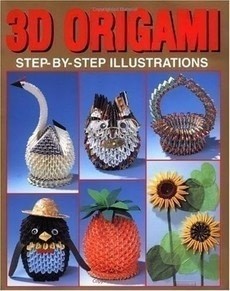 by Boutique-sha Staff · Published by Other

Origami is created by folding small squares of paper into various shapes. 3D Origami takes that tradition to the next level by combining smaller origami projects into three-dimensional structures. These impressive and seemingly difficult sculptures are deceptively easy to make. Each solid object is formed from simple folded units. The works include cranes, swans, turtles, owls, penguins, pineapples, sunflowers, baskets, hats, urns, kittens, rabbits, and others. Most of the processes are illustrated with photographs and step-by-step illustrations. 3D Origami is sure to engage fans of the craft and open up a new world of delight to origami devotees.