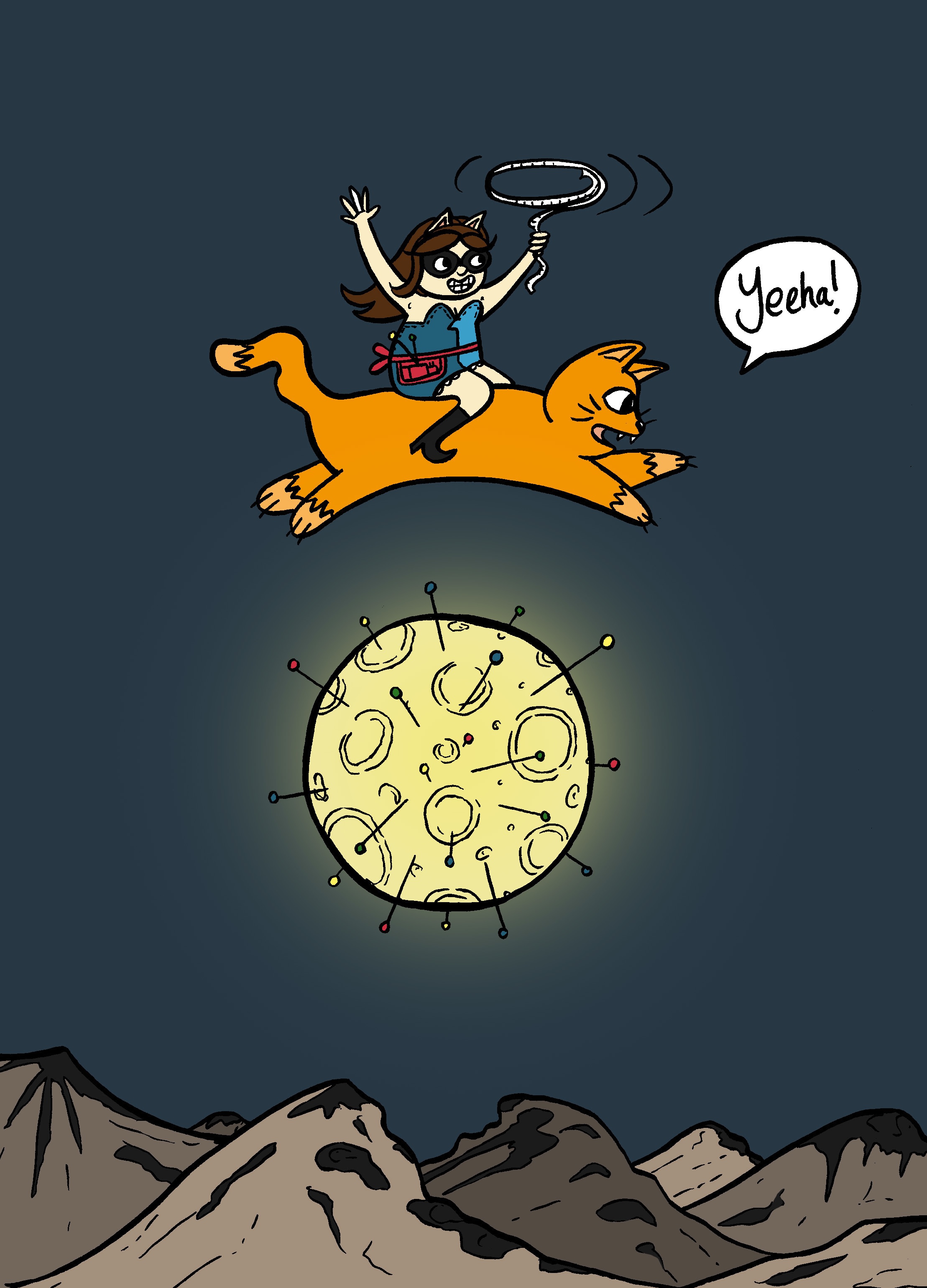 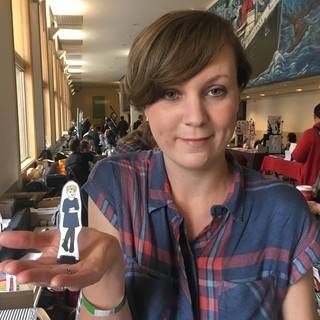 I'm a cartoonist from Glasgow, and I run Team Girl Comic, a collective for women comic artists from all around Scotland.

I make a lot of wildlife-themed comics and in 2014 my short graphic novel 'The Beginner's Guide to Being Outside' was nominated for a British Comic Award. I also create humour comics with Adam J Smith as well as various other projects.

Yes, when I was about 5 my parents would fold and staple blank books for me to fill with illustrated stories about my teddies going on shopping trips or visits to the swimming baths.

After seeing 'Return of the Jedi' at the cinema in 1997, I returned home and decided I wanted a novelisation of the film. I immediately set to work in the back of an old schoolbook, and I think I got to the bit where C-3PO chaps on Jabba's front door.

I think I've got a bit better at writing interesting stories and finishing projects over the years, but it was a good start! 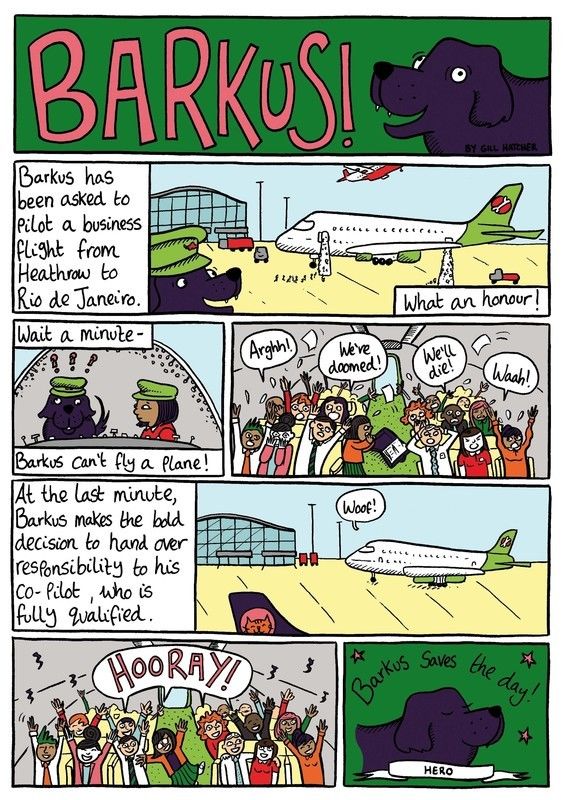 In terms of writing, I mainly do humour comics, a mixture of personal stories and more absurd ideas. I'm also very passionate about wildlife and conservation so I cover those themes a lot too, sometimes more seriously.

I've always aimed for a simple art style that gets my ideas across as easily as possible, it's something I'm still working on. I'm not too worried about breaking rules- if a bendy arm looks better I'll draw a bendy arm.

It's pretty simple- a blue mechanical pencil and a couple of fine brush pens. I also use technical pens for touching up and smaller details. 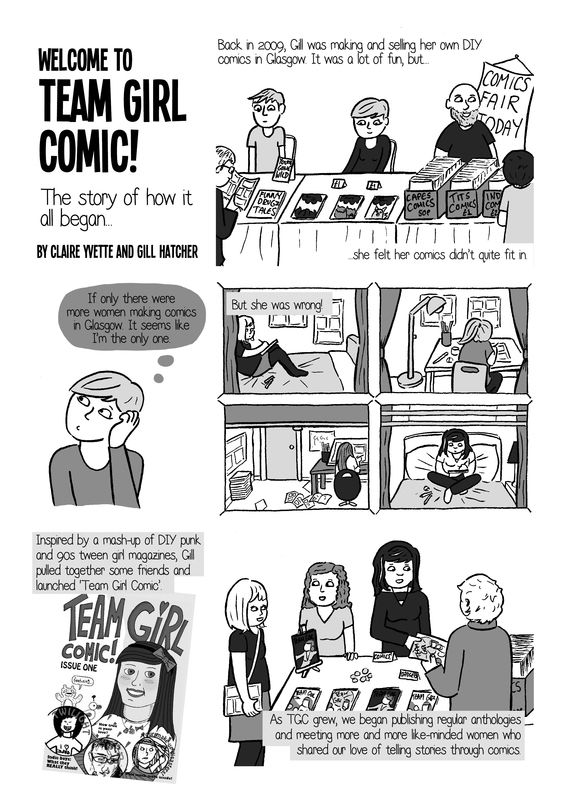 My favourite comic hero is Tintin. I read all the Herge books on a continuous loop when I was a kid. He inspired me to want to travel the world and learn about other cultures. Also, at the time my Granda had a big beard like Captain Haddock and I liked to imagine the two of us would make a similarly kick-ass organised-crime-solving duo. 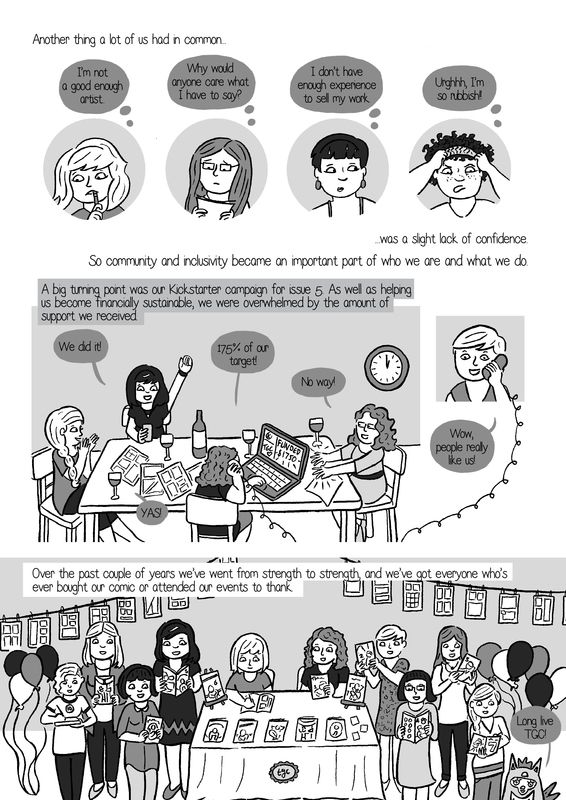 I'm not always sure where ideas come from, I guess just like anyone I get inspired from the absurd or memorable things I've observed from my own life and experience. As I said before I'm also very inspired by nature so the more time I can spend in it the more ideas I tend to have. And then I feel guilty about spending sunny days shut indoors drawing comics about the wonders of nature.

Some of my favourite artists working in the UK right now include MJ Wallace, Eilidh Nicolson, Donya Todd and Isabel Greenberg. 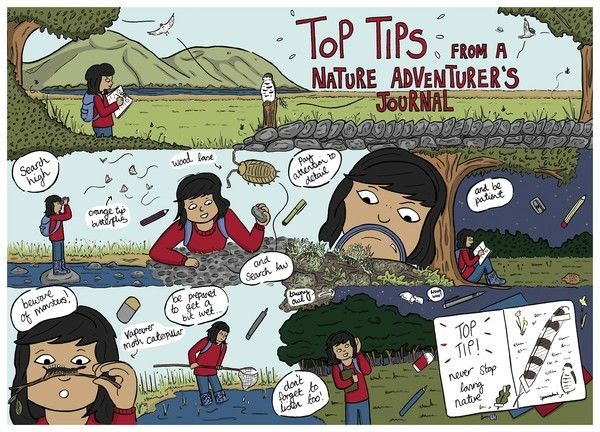 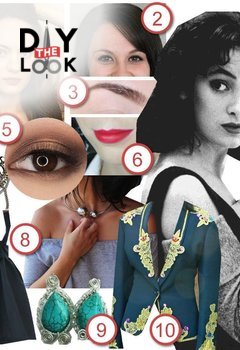 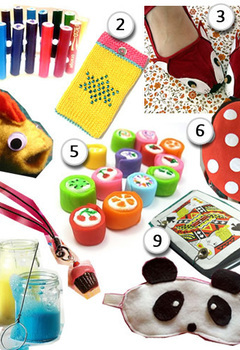 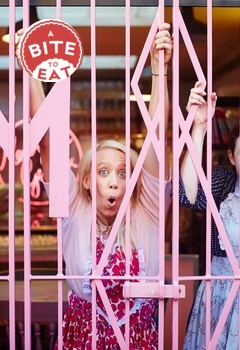