The Mighty Roars, post punk pop from London and Sweden but we met in Berlin.

We do a lot of harmony singing like the Andrews Sisters and Lara (singer) saw us in the mirror singing together like roars...

Lara Granqvist from Sweden and Europe plays bass and sings, David Pringuer from a pig farm in Wiltshire plays drums temporarily and sings and Martin Pilkington from Blackpool plays lead guitar and sings. Lara and David met in Berlin whilst Lara was on holiday and David was working as a truck driver. They met hitch-hiking.

Loud, energetic and unhinged but pop.

We are the pantomime horse.

A huge collision of things between Simon and Garfunkel and Sebadoh. Anything with life that sounds like it might burst out of itself.

This is our second album written after Lara's father died. we were lost for a bit and we toured in America most of it was written in the woods of Pensylvania where we had a disastrous recording session and ended up hiring a car and heading south to the sea to recuperate in South Carolina. We wrote so many songs and we are doing a separate acoustic album.

As a British band it is really eye opening playing in mainland Europe. They treat you with a respect which is most unusual, especially if you are used to London. People genuinely are into coming out to enjoy themselves unlike the cynical audiences you get used to in London. Italy is fantastic cos of the food.

I use the great white telephone quite a lot.

I think every band owes it to themselves to be DIY its almost a full time deal promoting yourself these days. Sometimes I wonder if I am a musician or a computer programmer. We always try to get on with promoters and develop relationships. Its all about relationships really and you dont have to be crafty but just interested.

Lara is an animator (check out some of her stuff at themightyroars on youtube). Martin is a comedian. David would be that grumpy recording engineer who always knows better.

We aim to finally finish the scale model of the millennium falcon.

Check out more from the band on their MySpace. 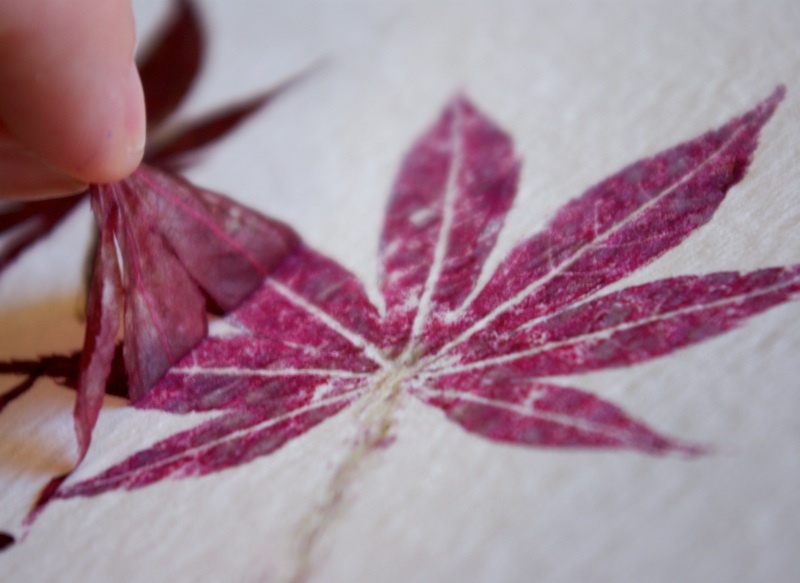 Here's a great tutorial for making gorgeous prints from flowers and leaves.

Check out the how-to from Build/Make/Craft/Bake. 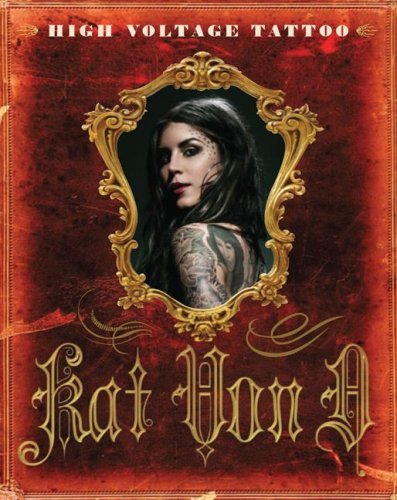 Kat Von D has brought the underground world of tattooing to the mainstream with her show LA Ink and in her new book High Voltage Tattoo, the talented artist and business woman tells all. 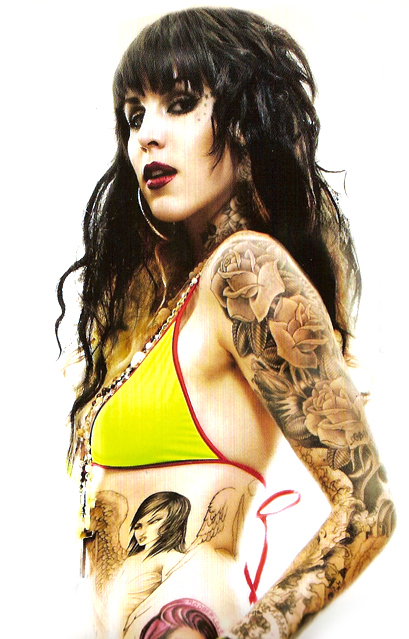 Part photobook, part autobiography, the book offers an intimate look in to Kat's life - from her rough childhood in Mexico and leaving home at 14, working illegally as an underage tattoo artist, to moving to LA and opening up her own tattoo shop.

Kat has dozens of tattoos and the book features a 5 page photo guide, revealing her tattoos from every angle and explaining the meaning behind each. Kat's speciality are portrait tattoos and you can learn about the work she has done, featuring a vast array of celebrity clientele, including such stars as Green Day, Jeffree Star and Motley Crue. See the first designs that Kat inked, learn the tools of the trade and pick up tips and tricks from the expert.

This is an inspiring read for any aspiring tattoo artist. 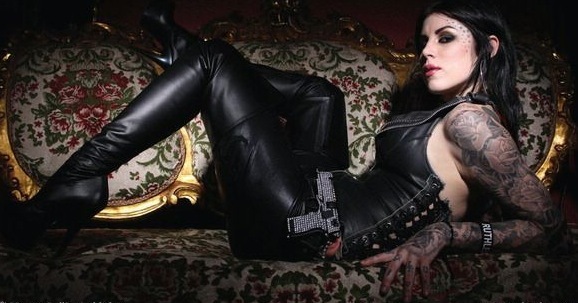 You can pick up a copy of the book from Harper Collins and you can learn more about Kat Von D on her website. 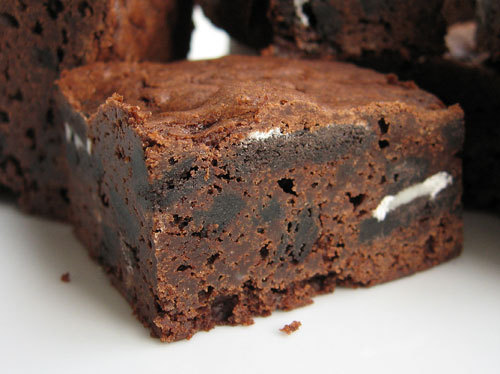 Check out the recipe from Eat Me Delicious. 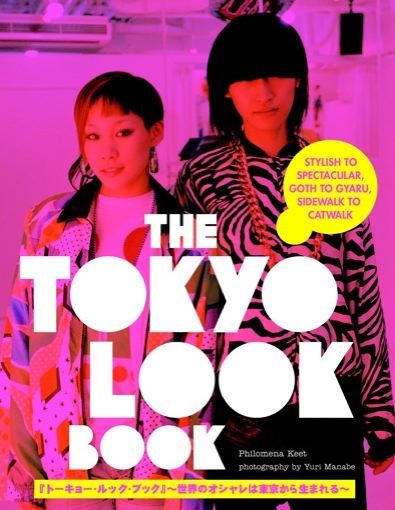 If you're a fan of Japanese street fashion then the Tokyo Look Book is a must have for your bookcase.

A photographic exploration through the fashion neighborhoods of Japan's busiest city, the book showcases contemporary trends from gothic and punk to designer and chic. Including both male and female outfits, the fashionistas of Japan aren't afraid to mix high end designer clothing with charity shop finds, vintage and handmade pieces.

Discover how East meets West, with a clash of bright and wacky styles, mixed with traditional inspiration, such as the look of the geisha. The book also features the people who make the clothes, including in depth interviews with designers, and showcases where the trendy public love to shop, dress and play. Full of eye candy and inspiration, this is a top book for fashion lovers.

You can pick up a copy of the book from the Tokyo Look Book website. 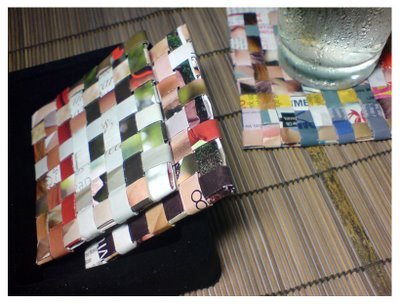 Here's a great way to recycle your magazines and create some high fashion coasters.

Check out the how-to from Project Fidgety Fingers. 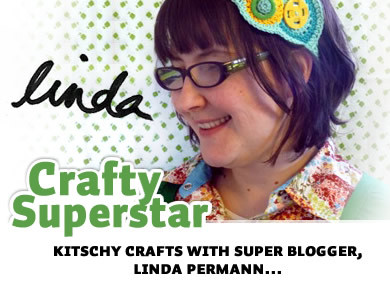 Our latest Crafty Superstar is super blogger and crafter, Linda Permann. She will be sharing a selection of kitschy and cute projects this week, so keep checking back to see them all.

Check her out now >> 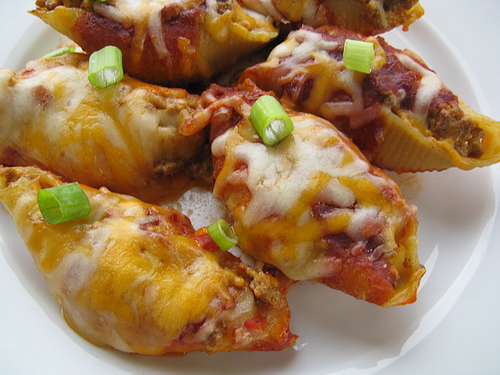 Check out the recipe from Blog Chef. 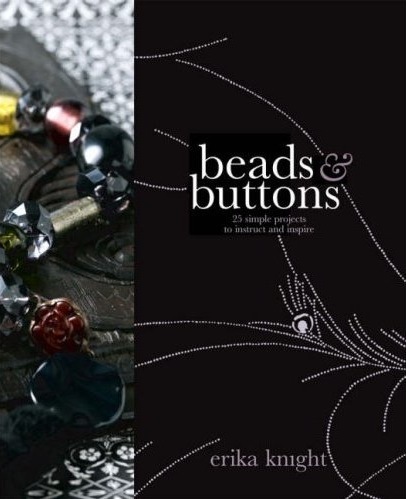 Erika Knight applies her needle skills to jewelry in her latest book, Beads & Buttons, to offer a unique take on jewelry making.

Featuring 25 instructions for making a range of jewelry, learn how to knit and crochet using unconventional materials like wire, and incorporate natural supplies, such as shells and stones in to your projects. With a variety of vintage and playful styles, create a sweet Double Bone Button Choker, unique and sea inspired Encapsulated Beads & Knitted Tube Necklace, a Linen Wrapped Beads & Pompoms Necklace or a cute Crochet Flower, Bead & Button Bag Charm. 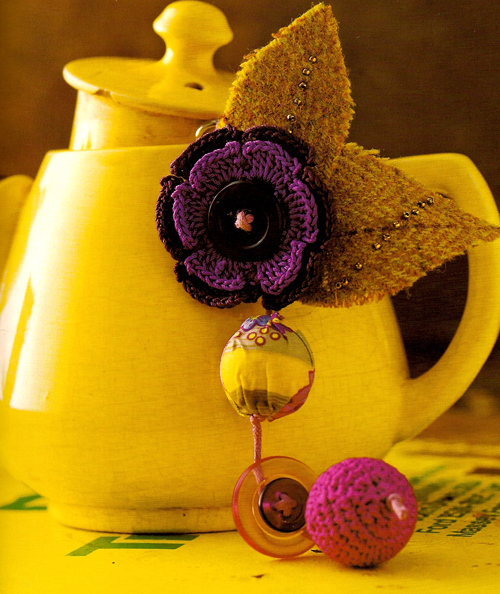 As well as offering guides for learning how to knit and crochet, there are tutorials for making a range of embellishments, such as tassels and pom poms, which would be great to use in your own designs.

Check out a sample project from the book, Crochet & Fabric Wrapped Bead Necklace. 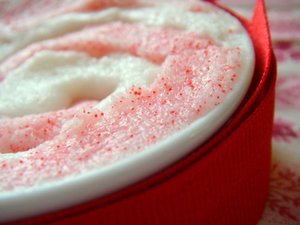 This candy cane sugar scrub looks good enough to eat but is sure to leave you with delicious skin.

Check out the how-to from the Natural Beauty Workshop.