This keyboard has been revamped in a steampunk style by replacing the keys with buttons. It looks complicated but cool!

Check out the how-to from Michael R. Barrick.

Sounding better than ever, Hundred Reasons rocked up an energetic gig last night, at the O2 Academy in Islington, London. Formed in the early noughties, the Surrey-based band gained mass following from the start, before they had even released an album.

It was clear that many of those diehard fans were in the crowd last night, from the incredible reception to what singer, Colin Doran described as "old s**t", from their first album, Ideas Above Our Station. The lively set included such classics as Falter, I'll Find You and Silver, which delighted the crowd and generated many sing-a-long moments.

The bands fourth album, Quick the Work, Sharp the Action, is due to be re-released on April 13th, and their new material sounded just as good as their previous hits. Nearly a decade on, the band have past the test of time with a gig that was as good as the old days.

Find out more about the band on their website and MySpace. 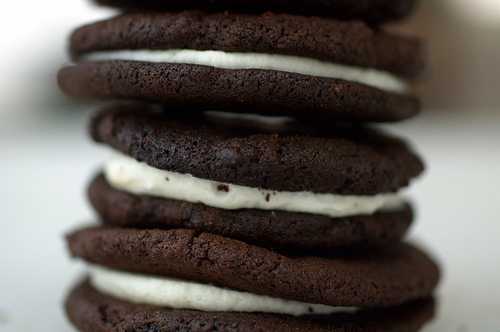 If you love Oreos, you'll love this recipe for making your own at home. Dunk in milk and enjoy!

Check out the recipe from Sassy Radish.

We Were Promised Jetpacks

Music to craft to? CO+K chatted with Glasgow based, We Were Promised Jetpacks to find out about the band. 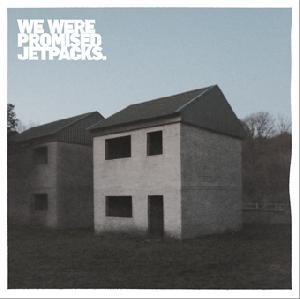 We are We Were Promised Jetpacks from Glasgow.

We spent ages trying to decide and this is the one we settled on.

We're Adam, Sean, Darren and Michael. Ee're all from Edinburgh and met at school, where we starting playing music together.

It's kind of loud and quiet at the same time. It's loud guitars but playing melodies. Hopefully it's pretty heartfelt and soulful too.

We're not sure! We get this question quite a lot and can never answer it properly. Hopefully we are, but it's really difficult to tell from our end. You could argue we're totally unique as it's the four of us playing in a room; or not at all unique as it's essentially pop music!

It's called "These Four Walls". We recorded it in late November with Ken and Jolyon Thomas, and it was mixed by Peter Katis. It is our debut album. It's basically all of The songs we had up until this point in our lives. It's all about beginnings and starting points and it's out in june!

We've only been on one little tour, but we loved Brighton. Our label is based there and we had a lovely day off by the sea. Can't wait to go back there!

We write all the music as a band, together in a room. It's usually about making it sound better than the last song we wrote. Well, maybe not "better", but at least more exciting for us. And we sometimes have an idea beforehand, like "lets make this one sound huge" or "lets try and rock out as much as we can". But then they all sound the same in the end anyway!

No not at all! We're really bad at that, which is a shame. All the information on the back of our album artwork is handwritten, and we struggled to even do that, we made dlt the artwork guy do it for us! I remember once in school we were supposed to make something in art out of paper, and I made these great glasses. They were just white paper cut out so they sat on my face like glasses do. They were great.

Very very little. Three of us are still at university, so doing that, and they having a little panic once we leave about having to get a proper job.

The Sky Larkin album. I've listened to it once and it sounds good. The song "Matador" is glorious.

That the album does ok, well enough that we get to make another one in a year or so. We're all really looking forward to just being in a band for as long as we can.

Our first single comes out in May, then our first headline tour in June, with the album release, then some summer festivals. who knows about after that...

Check out the band on their MySpace. 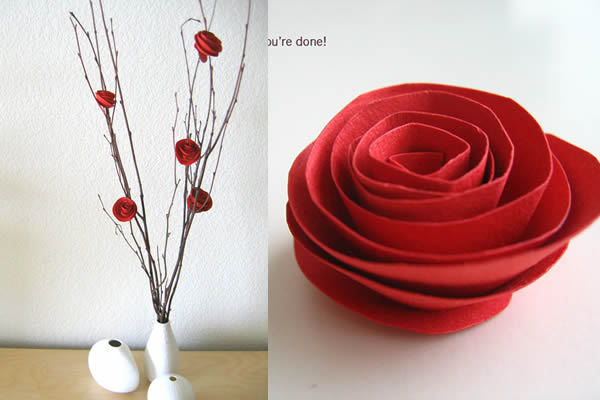 These paper roses look gorgeous and are so easy to make.

Check out the how-to from dozi. 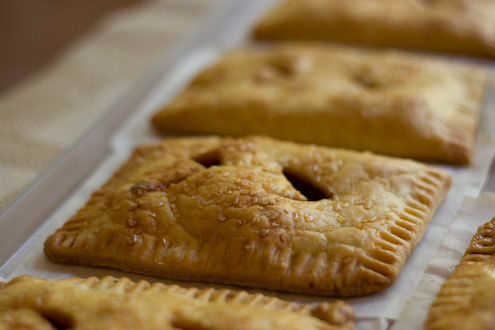 If you're a fan of pop tarts then you will love this recipe for making your own at home. Imagine the flavors you could try?!

Check out the recipe from chez pim. 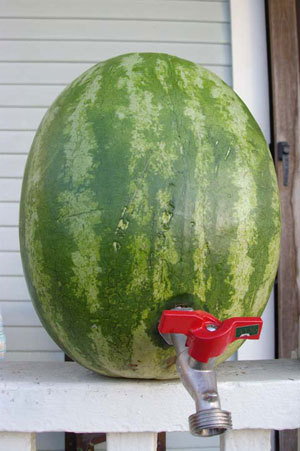 Looking for an exciting way to serve drinks at your summer parties? Turn a watermelon in to a drink keg.

Check out the how-to from evite. 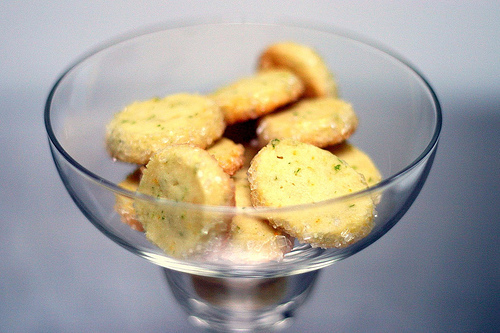 Check out the recipe from Smitten Kitchen.

This bunny, folded out of a handkerchief, is so simple to make and would look great as packaging for Easter.

Check out the how-to from Domestik Goddess. 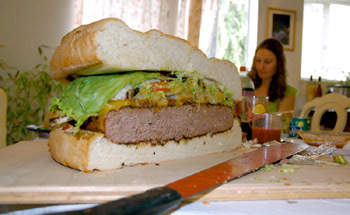 So last week we brought you a giant creme egg and this week we bring you a gigantic burger! I wonder if they make a vegetarian version?!

Check out the photos from mjgradziel.com.