If you haven’t heard of this book by now then I do have to question where you have been. A phenomenal success across the globe, this book has been topping the best selling charts for weeks now, and with the impending release of the motion picture (12.12.08 in the UK), it is bound to stay there. The first in the four part Twilight series, Twilight tells the story of teenager Isabella Swan and her romance with the enigmatic, Edward Cullen. And did we mention that Edward is a vampire?

When Bella moves to the small rainy town of Forks to live with her dad she does so with a heavy heart. Knowing that she will struggle to make friends, it seems as though on her very first day she makes an enemy: the astonishingly handsome Edward, seems repulsed by her mere presence.

Inevitably the mysterious stranger draws Bella in and before she knows it, she has fallen for him, though she unable to admit it, even to herself. When he saves her life, she is astounded by his speed and strength, though he denies anything untoward. As their relationship grows, so does Bella’s curiosity and during a trip to visit family friends she learns of old legends and rumours about Edward’s family.

When Bella confronts Edward about being a vampire, he admits it, though explains that he and his family only ever drink animal blood and would never hurt humans. However by this time Bella and Edward are irrevocably in love, and despite the danger to Bella’s life (for Edward could end it at any point), they cannot live without each other.

Their happy relationship is jeopardised when another coven of vampires search out Edward and his family. When they discover Bella, one of their number decides to hunt her for sport. In the tense scenes that follow, we learn just how horrifying vampires can be.

Firstly I would like to say how much this book surprised me. Pitched as a teen novel, I have to admit I wasn’t expecting much and to be honest the first few chapters had me convinced I wouldn’t like the book. Bella seems to be a fairly run of the mill, whiney teenage character with no distinct personality. But then Edward comes along; he steals our heart as well as Bella’s. His character is automatically interesting to us, he is intense and there is sense of mystery about him. Helped largely by the fact that this story is written in the first-person, we cant help but find ourselves falling a little in love with Edward. When the relationship between Edward and Bella develops we feel ourselves experiencing the same excitement that we would if it was our own relationship. We feel the thrill of being noticed by a boy we were infatuated by. This element of the novel gave me butterflies, my heart raced with anticipation and I became completely enthralled. It is a situation we all have, in our lives experienced, enabling us to relate to it, and get caught up not only in the story but also in our own memories.

To be honest with you, from an outside perspective the story is a little weak; the action at the end feels as though it was manufactured only in order to add some excitement to the plot. It is almost as though Meyer could not just allow herself to write a pure love-story, as she says herself in one of the later novels “It wouldn't be real horror without action." It seems that she really wanted to write a horror-story about vampires, but ended up with a superbly constructed love-story. Having said that, the action is engaging enough for us to want to read on and I finished the book rather quickly, at which point I went straight out and got the next three.

Overall I really enjoyed this novel. The love-story is spectacularly spellbinding and superbly written, taking into account the target audience and remembering that really us girls have never grown up! I am unashamedly in love with Edward Cullen, and am on my look out for a man of such passion of my own (though the vampire thing would be rather annoying). This book is fun and allows us a nostalgic escapism, making it an extremely compelling read.

I am such a huge fan of the books, and although the film was a *cough* cinematic disappointment *cough*, Edward Cullen, may I say, was excellently cast! Haha! Mmm...

I have never been able to capture the mood of the book, and the page-turning impulse it gives you, to other people. I usually get rolled eyes. And, I must admit, I was partly responsible for this, as my friends read the novels before me, and when explained, I was unimpressed and laughed at their 'teenage crush' style love for the 'glorious' Edward Cullen.

But, after giving them my patience and time, I was slowly turned into a raging Twilight fan. Purely because it is so well written. To be honest, I totally agree with you in the fact that I think Meyer just added the 'horror' plot just to give the book a ...well... a plot! But, even without this, I think I could just let myself get wrapped up in the heart-pounding intensity of their romance. Just imagine yourself in Bella's situation... Ha! If only... 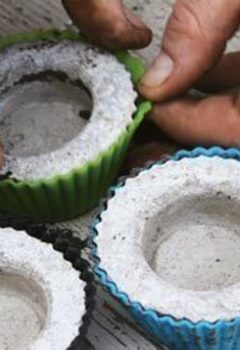