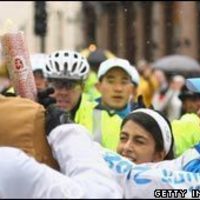 Today I went to the infamous footwear united with every intention of buying some proper ballet pumps, not that I do ballet, just because I wanted to look cute. Unfortunately they were £10.99 which is far too much for shoes from Footwear United, so I bought these adorable red £2.99 shoes instead:

In other news we had a Goldcrest, Britain's smallest bird, in the privet hedge right next to our house this morning. He seemed to not understand the concept of windows, he kept flying into ours. We know he's a male because he was dead aggressive, constantly flying into his reflection in a stand-offish way. I named him Mr T because of his mohican and because he loves gold, and I went out to talk to him. I told him that he was being very silly and that he wouldn't get anywhere if he kept trying to fly into our window. And so he flew away.

queenfairypants · Manchester, England, GB · 75 projects 5th August 2008
haahaha Mr T. Booo we don't get birds that cool in our garden! Did you really talk to it? I talk to our birds :p the baby dove just wouldn't go back in his tree and it was raining on him! I like your shoes.
Reply 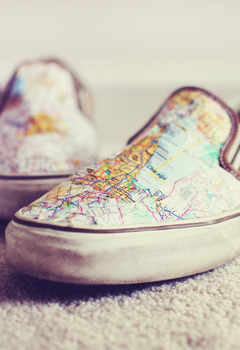